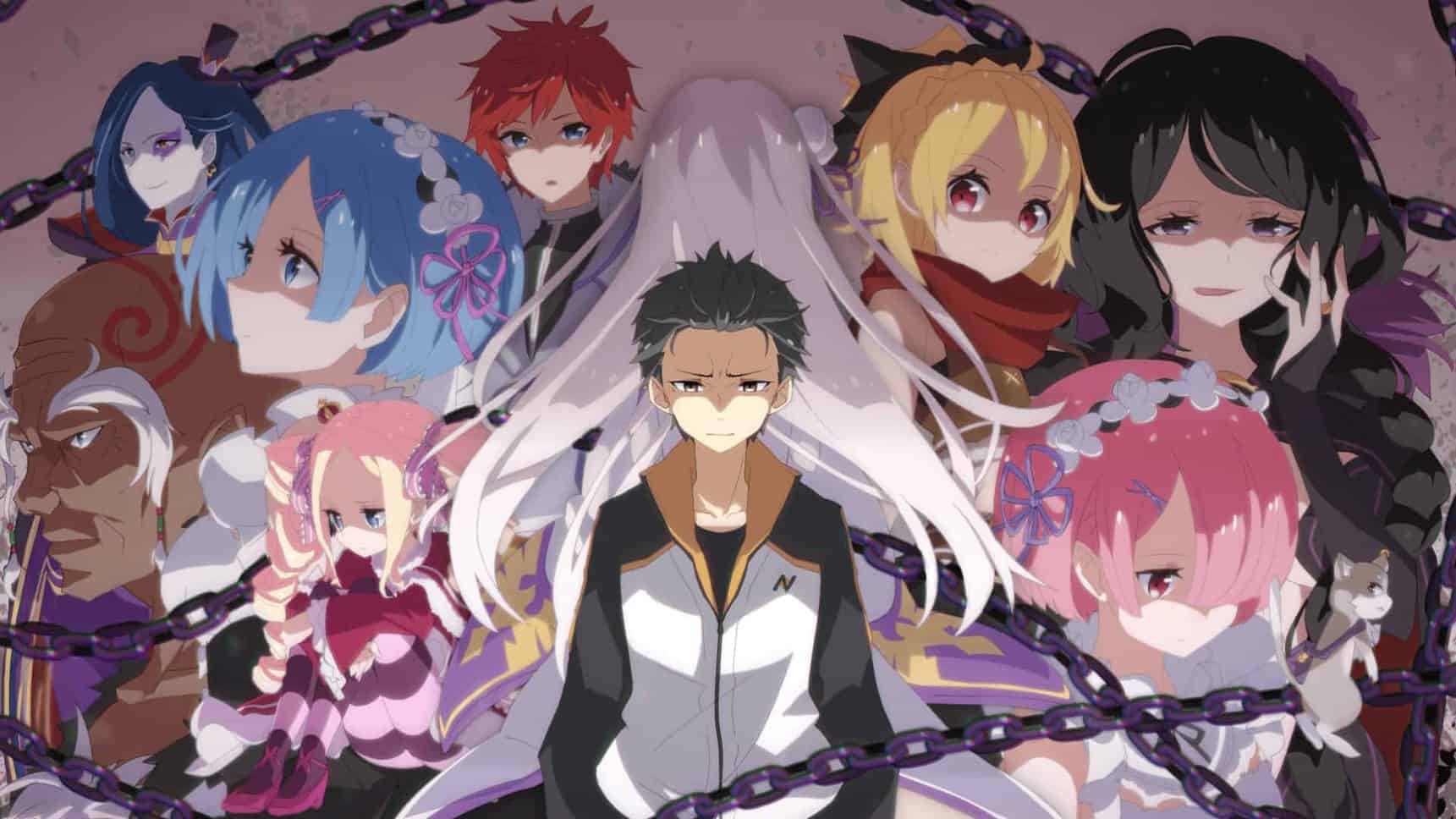 Re:Zero − Starting Life in Another World (Official website) is one of the most famous Japanese anime series, which was adapted from a light novel written by Tappei Nagatsuki and was exemplified by Shinichirou Otsuka. After the second season, will Re:Zero have a season 3? Here is everything you need to know about Re:Zero Season 3.

This isekai anime has been amongst the highest-rated series since its release year 2016. Re: Zero has been one of the treasured animes produced by the White Fox Studio, which has been capable of reaching heights of success.

When wondering about the Isekai animes, one of the most popular Isekai anime that comes to our mind is ‘Re: Zero –starting life in another world. Without a doubt, Re: Zero has gained tons of positive remarks. Well, to reveal more about the story of Re: Zero and to know the relationship between Emilia and Satella, there is a wide range of hopes of the release of Re:Zero Season 3 real soon.

A universe of pixie, magic and spirits awaits an ordinary teenager named Subaru, who is one of the main characters of this anime series. In the story, Subaru supports and protects Emilia, whose badge or insignia had been robbed, as he notices that somehow his faith is connected to her. Further in the story, Subaru realizes that he is pulled back in time to start his life from zero every time he dies, as the name of the series describes.

People fear Emilia as she resembles a witch being a half-elf, so people treat her as an untouchable. She also participates in the royal selection to become the 42nd king of the Dragon Kingdom of Lugnica. Contestants of the election, witch’s cult, and humans who feared her became her enemies. Subaru uses his wits and abilities to protect Emilia from all her enemies. To know the entire story, watch Re: Zero Season 1 and Season 2 before Re:Zero Season 3 is out!

Well considering the success of the series in Japan and worldwide Re:Zero is definitely getting another season but the question is when? White Fox Studio’s upcoming anime The Devil Is a Part Timer Season 2, Arifureta Season 2.

In an interview with Sho Tanaka, who is the producer of this anime series, he stated that the fans would be clamoring for one more season after watching the second season of Re: zero, which was definitely proved right as viewers were overwhelmed by the end of season 2. This announcement raised hope within the viewers for the release of Re:Zero Season 3. However, the producer did not mention any specific date for releasing Re:Zero Season 3.

The previous season, which was released in two separate parts, had been delayed due to the COVID-19 pandemic. As a result, it’s hard to gauge when the anime’s producers, White Fox, will continue their adaptation of the series.

There is a lot of content available to be animated or cast as Nagatsuki had mentioned that the light novel has barely been covered even after completing 24 volumes in September 2020. The release of Re:Zero Season 3 has been predicted to be cast within 2022 to 2023 at the latest, as the second season was released after 4 years since the end of season 1.

Natsuki Subaru: is the main protagonist of Re:Zero kara Hajimeru Isekai Seikatsu. He was a hikikomori that was transported to Lugnica through unknown means, and given the ability to Return by Death by Satella. He officially became Emilia’s knight following the incident at the Sanctuary and is later revealed to have the necessary qualifications to become a Sage Candidate.

Rem: is a maid in service of lord Roswaal L Mathers, alongside her sister, Ram. She is one of the main supporting characters of Re:Zero. During the first half of Arc 2, she also served as the secondary antagonist.

Emilia: is the main heroine of the Re:Zero kara Hajimeru Isekai Seikatsu series. She is a Half Elf and a candidate to become the 42nd King of the Dragon Kingdom of Lugnica in the Royal Selection. Officially debuting at the very start of the series, Emilia is arguably the most important character in the series as most events somehow revolve around her.

Satella: is the Witch of Envy responsible for the Great Calamity 400 years ago who is currently sealed underneath the Pleiades Watchtower. In reality, the Witch of Envy is a separate personality that formed when she took in incompatible Witch Factor of Envy. Satella formally debuted in Arc 4 as a supporting character, whilst the Witch serves as an overarching antagonist throughout the series, appearing in pretty much every Arc so far, in one way or another.

Echidna: was the Witch of Greed. Mentioned throughout the series, particularly for her connection to Roswaal and Beatrice, she formally debuted in Arc 4 as a major supporting character and later secondary antagonist.

Petelgeuse Romanee-Conti: was a Sin Archbishop of the Witch Cult, representing Sloth. He debuted in Arc 3 as its primary antagonist and, though he met his end in the same arc, he was mentioned throughout the rest of the story.

Where To Watch Re:Zero

Watch Re:ZERO – Starting Life In Another World on:

Two cour of the second season of the anime were released in September 2020. A cour is the time span of each episode in an anime series during the initial Japanese television broadcasting. One cour runs for three months. The first cour of season 2 was premiered from July to September, and the second cour was premiered from January to March 2021. Re:Zero Season 3 has been considered to follow the light novel, which will be supervised by the writer, Tappei Nagatsuki.

The fifth arc of the novel is assumed to be covered in Re:Zero Season 3. ‘Stars That Engrave History’ is known to be the fifth arc which will be focusing on another member of the royal selection, Anastasia. Re:Zero Season 3 is about to introduce many new characters, which may or may not have a huge significance in the story.

The witch’s cult may come back to cause great havoc through the Water Gate City under the command of Sin Archbishop. The official knight of Emilia – Subaru will be seen on the move again. There’s more to know about the witch’s cult and Satella in the coming season. Stay tuned until the release of the much-awaited anime series Re:ZERO – Starting Life In Another World. 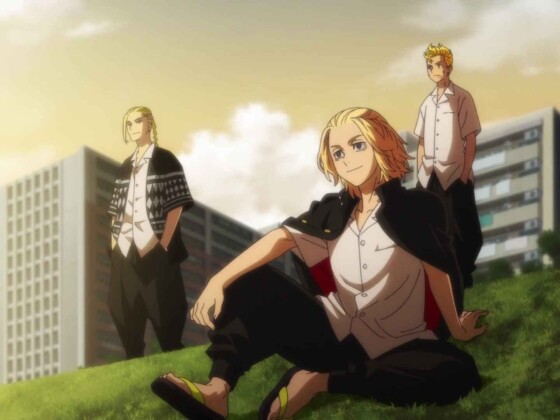 Tokyo Revengers Season 2: Everything You Need to Know 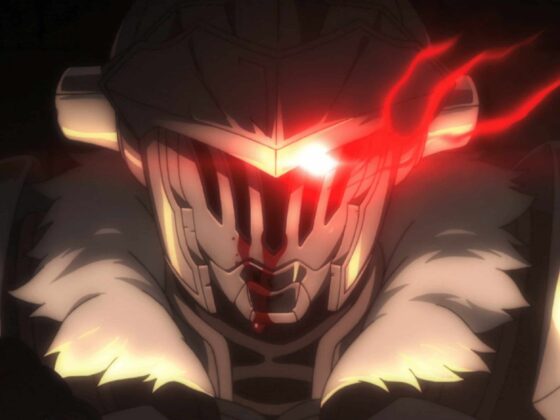