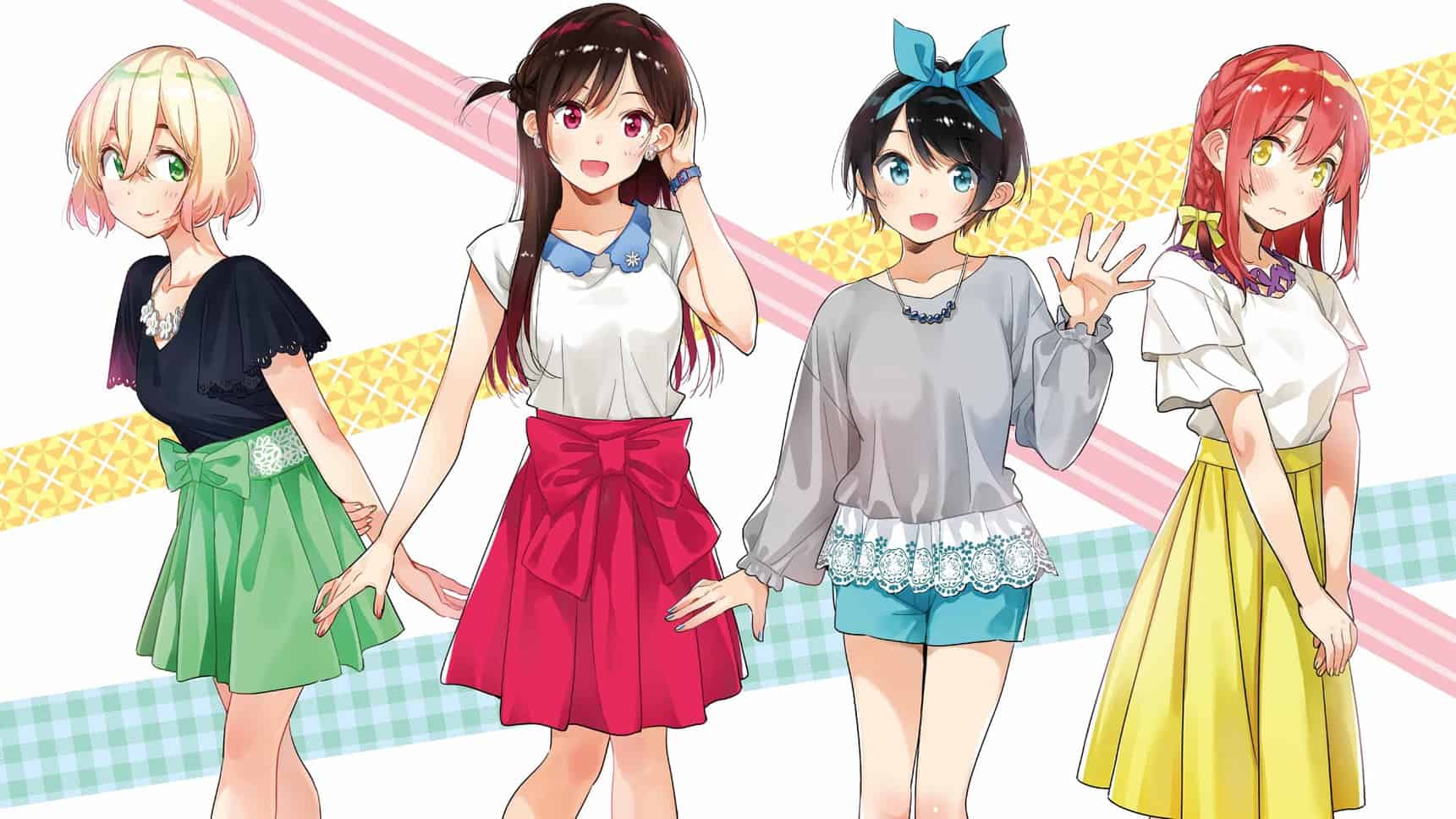 Rent-A-Girlfriend Season 2 has been confirmed! After the immense popularity of the first season, the creators have decided to renew the show. From the constant debate about the best girl to every otaku showering love on their favorite waifu, Rent-A-Girlfriend has created a huge fanbase for itself.

Update: Rent-A-Girlfriend Season 2 Release Date in Jul 2022 according to myanimelist.com.

As part of a live stream, it was confirmed that the second season of “Rent-A-Girlfriend” (Jap.: “Kanojo, Okarishimasu”) will be broadcast in 2022. A specific date and further details are still pending.

The twelve episodes were broadcast in Japan between July and September 2020 and were shown in the Japanese original with English subtitles on Crunchyroll and Anime on Demand in a simulcast. A disc release has not yet been announced.

The original Rental Girlfriend manga series was written by Reiji Miyajima and has been published in “Shonen Magazine” since July 2017. The publishing house Kodansha has published 19 volumes so far.

Chizuru Ichinose: alternatively known as Chizuru Mizuhara, in her “rental girlfriend” persona, is the main female protagonist of the Kanojo, Okarishimasu series. She is a college student at Nerima University who is majoring in Literature and she currently lives in Room 204 of Royal Hills Nerima, just next to Kazuya Kinoshita.

Kazuya Kinoshita: is the main male protagonist of the Kanojo, Okarishimasu series. He is a college student at Nerima University who is majoring in Business Administration and he lives alone in an apartment in 203 Royal Hills Nerima.

Sumi Sakurasawa: is one of the main female deuteragonists of the Kanojo, Okarishimasu series. She is a first-year college student and works as a rental girlfriend with Chizuru Ichinose’s company, where she is a newcomer to the industry. She is also the protagonist of a spin-off series Kanojo, Hitomishirimasu.

Ruka Sarashina: is a deuteragonist of the Kanojo, Okarishimasu series. She is a girl whose heart beats slower than the average person and she seeks a lover that will help her cope with her condition.

Mami Nanami: is a minor antagonist of the Kanojo, Okarishimasu series. She is a freshman at Nerima University and the ex-girlfriend of Kazuya Kinoshita whom she dumped in favor of someone ‘new’, thus setting off the main events of the series.

Kazuya Kinoshita is a 20-year-old college student who has a wonderful girlfriend: the bright and sunny Mami Nanami. But suddenly, he doesn’t. Without warning, Mami breaks up with him, leaving him utterly heartbroken and lonely. Seeking to soothe the pain, he hires a rental girlfriend through an online app. His partner is Chizuru Mizuhara, who through her unparalleled beauty and cute demeanor, manages to gain Kazuya’s affection.

But after reading similar experiences other customers had had with Chizuru, Kazuya believes her warm smile and caring personality were all just an act to toy with his heart, and he rates her poorly. Aggravated, Chizuru lambastes him for his shameless hypocrisy, revealing her true pert and hot-tempered self. This one-sided exchange is cut short, however, when Kazuya finds out that his grandmother has collapsed.

They dash toward the hospital and find Kazuya’s grandmother already in good condition. Baffled by Chizuru’s presence, she asks who this girl might be. On impulse, Kazuya promptly declares that they are lovers, forcing Chizuru to play the part. But with Kazuya still hung up on his previous relationship with Mami, how long can this difficult client and reluctant rental girlfriend keep up their act?