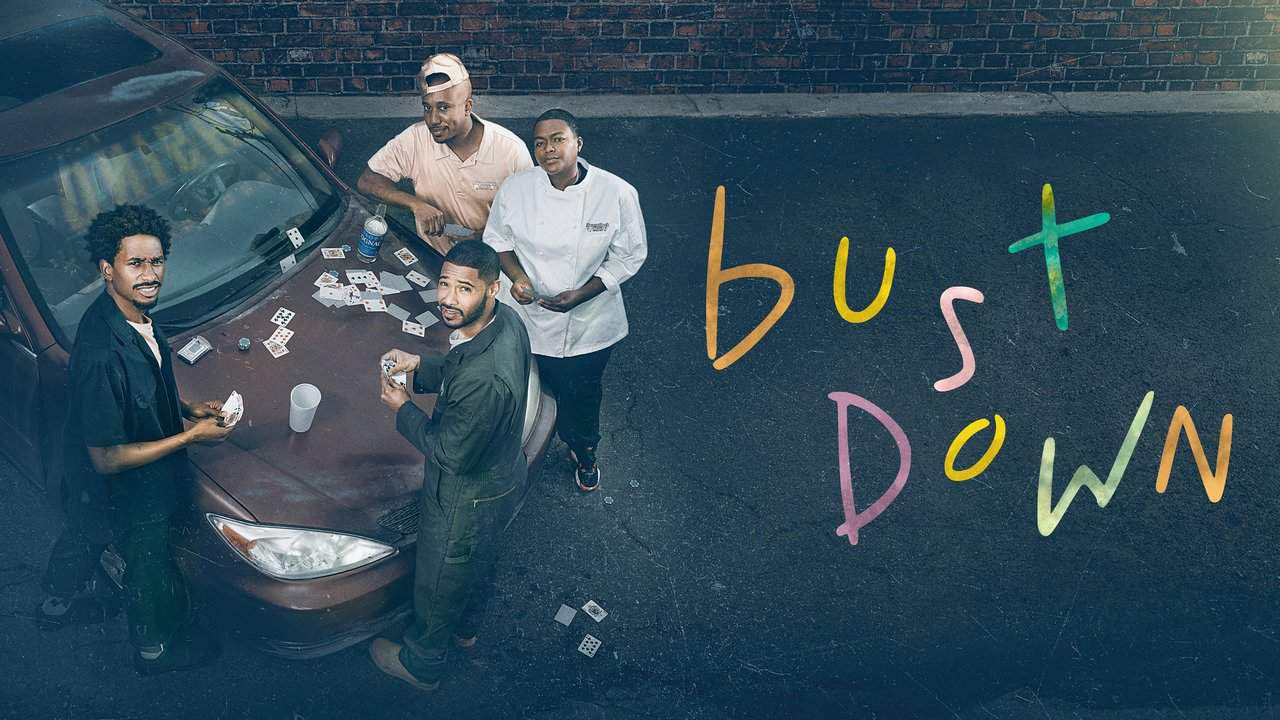 ‘Bust Down‘ is a comedy series co-created by real-life friends Langston Kerman, Jak Knight, Sam Jay, and Chris Redd and based on their own friendship. Will Bust Down season 2 return? Let’s check it out!

The narrative revolves around four friends who work for low wages at a casino in Central America. Almost every character brings a different set of bad ideas to the table and have some sense of self-worth within them. It’s interesting to see how different each character is from each other, but they are still able to form a special bond and work together as a clique.

The show’s satirical and highly humorous narrative has been received positively by critics. Apart from that, some fans have been positively surprised by its authenticity and comedic theme. Originally airing in March 2022, the series has garnered a fairly strong fan base in no time. So, if you are a fan of the show and are already looking forward to the next season, you must be curious to know if there will be a second round or not. Well, we have the answer to your question!

‘Bust Down’ season 1 was released on March 10, 2022, on Peacock, with all episodes airing on the same date. The first season consisted of only six episodes of about 25-30 minutes each.

Regarding the second season of this comedy series, here is all the information we have about it. To date, neither the network nor the cast members have made any official announcements regarding the renewal or cancellation of the event. Critical response to the first season leant more to the positive side, while fans appreciated the use of satire and proper comedy timing throughout the narrative, with each cast member playing their part in making it a humorous yet eye-opening watch.

Plus, the fact that the creators have been working on ‘Bust Down’ for almost half a decade (as Langston admits), means that there’s definitely a lot of plot and storylines they’ve been thinking about or writing about, by now. It’s entirely possible that the four besties just tested the waters with the first season to ensure that it was received well enough by viewers. So, taking the above factors into account, we expect the network to reactivate the series for the next round. If it happens at the end of Summer 2022, we can expect ‘Bust Down’ season 2 to be released in Q1 2023 on Peacock.

The entire ‘Bust Down’ narrative revolves around the characters of four friends and co-creators Chris Redd (Chris), Jak Knight (Jak), Sam Jay (Sam), and Langston Kerman (Langston). Hence, they will definitely return to their roles if the second season of ‘Bust Down’ gets the confirmation. So, you can expect to see and enjoy the same comedy you were used to from the first season.

In addition to the main cast, DomiNque Perry (Nina), Freddie Gibbs (Chauncey), Phi Tran (Tiki), Jak Knight (Jak), Shani Ashley Francillon (Patrice), Dan Bakkedahl (Horace), Estella Henderson (Chris’ Mom) and Alexis Rhee (Mary) is also expected to keep their roles if the show returns with season 2. Additionally, there may be new character introductions so you should be looking for some new faces as well.

Immediately, this comedy series tells viewers that they are not afraid to portray some of the controversial topics that are prevalent in today’s society. In the first episode itself, Jak is groped by a manager, which triggers all kinds of reactions from his friends, but he has to decide what he wants to do. Building on the idea of ​​this series, this series continues to depict other serious topics that are in the next episode while still adding a comedic effect at the right moment.

In the second season, if released, we can expect to see the group of friends continue their journey as they overcome the difficulties facing their lives while still being able to reciprocate and deal with their problems with jokes and some therapeutic laughs together.

Unfortunately, until now Peacock has not released or reported anything regarding Bust Down Season 2. for readers who have not followed the story of this series, we have provided a trailer from the previous season here. Enjoy!