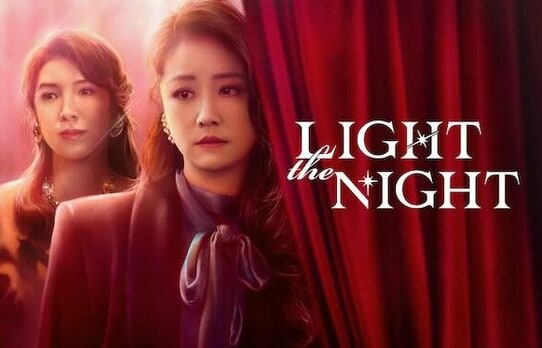 ‘Light the Night‘ is a Taiwanese crime series that revolves around two women who run a Japanese-themed nightclub in Taipei that caters to the demands of wealthy businessmen. Will Light the Night season 4 exist? Let’s find out!

Set in the 1980s, the series depicts the close relationship these two women—Rose and Sue—share. Their past and love life are intertwined, which causes some rifts between them.

Otherwise known as ‘Blue Hour,’ this mystery series may seem more soapy than usual and not quite as fast-paced compared to other shows in the genre, but its interesting murder mystery aspect makes up for it. In addition to receiving mostly positive reviews from critics, it has garnered a strong fan base that continues to grow. Since its premiere on November 26, 2021, this crime drama has presented three seasons. So, if you’re looking for details on a potential season 4, let us share all the information we’ve gathered!

‘Light the Night’ season 3 was released on March 18, 2022, on Netflix. The third season consists of eight episodes with a runtime of 46-55 minutes each.

As far as the fourth season is concerned, here is everything we know. Netflix has yet to make any official announcements regarding series renewals or cancellations. the streaming giant usually give at least a few months to let the show find its feet before analyzing its performance and making any decisions about future installments. When we look at the ratings of the previous episodes of ‘Light the Night’, it is evident that the show is loved and appreciated by many viewers.

In February 2022, Ruby Lin (Rose) revealed that it was possible the show would return to a fourth act as long as they produced a good storyline, even better than the first three seasons. She also added that if the team decides to work on season 4, it’s a good idea to release it at the same time as the film’s spin-off.

So, fans have reason to remain optimistic and hopeful as things lead to an update of the mystery series. So, should Netflix announce a show update in the next few months, we can expect ‘Light the Night’ season 4 to be released in Q2 2023.

Lead actress Ruby Lin plays Rose, who is the manager of Hikari’s nightclub. If the show is renewed for a fourth round, she will likely reprise her role. Cheryl Yang may continue to appear as Sue in flashback sequences. Sue is the owner of Hikari and Rose’s best friend. Moreover, due to the important role played by Yo Yang (Pan Wen-cheng) in the show, we can expect to see him in a potential fourth act as well.

The rest of the cast may also return if ‘Light the Night’ is turned on for season 4. They are Derek Chang (He Yu-en), Esther Liu (Li Shu-hua AKA Hana), Puff Kuo (Wang Ai-lien AKA Aiko), Cherry Hsieh (Chi Man-ju AKA Ah-chi), and Nikki Hsin-ying Hsieh (Huang Pai-he AKA Yuri). Apart from that, we can expect to see some new faces as new characters might be introduced in a potential fourth issue.

Season 3 of ‘Light the Night’ follows the investigation into Sue’s murder, as the authorities in charge delve deeper into the case and get closer to the truth. Throughout the season, several secrets are revealed, and we see the characters tackle the truth in their own way. Being a murder mystery, themes of confession and investigation are always present in the narrative, while there are some characters who travel down memory lane as well. At the end of the season, the truth is finally revealed, and almost everyone is doing what they can to protect their loved ones.

If the light goes green, the fourth installment might take a new turn after the events of the third season finale. In February 2022, Ruby Lin also stated that the writing team was interested in making a much better storyline for a potential fourth season. Repeating the deaths of other characters to keep the plot going was not something they wanted.

Unfortunately, until now Netflix has not released or reported any information regarding Light the Night season 4. for readers who have not followed the story of this series, we have provided a trailer from the previous season here. Enjoy!