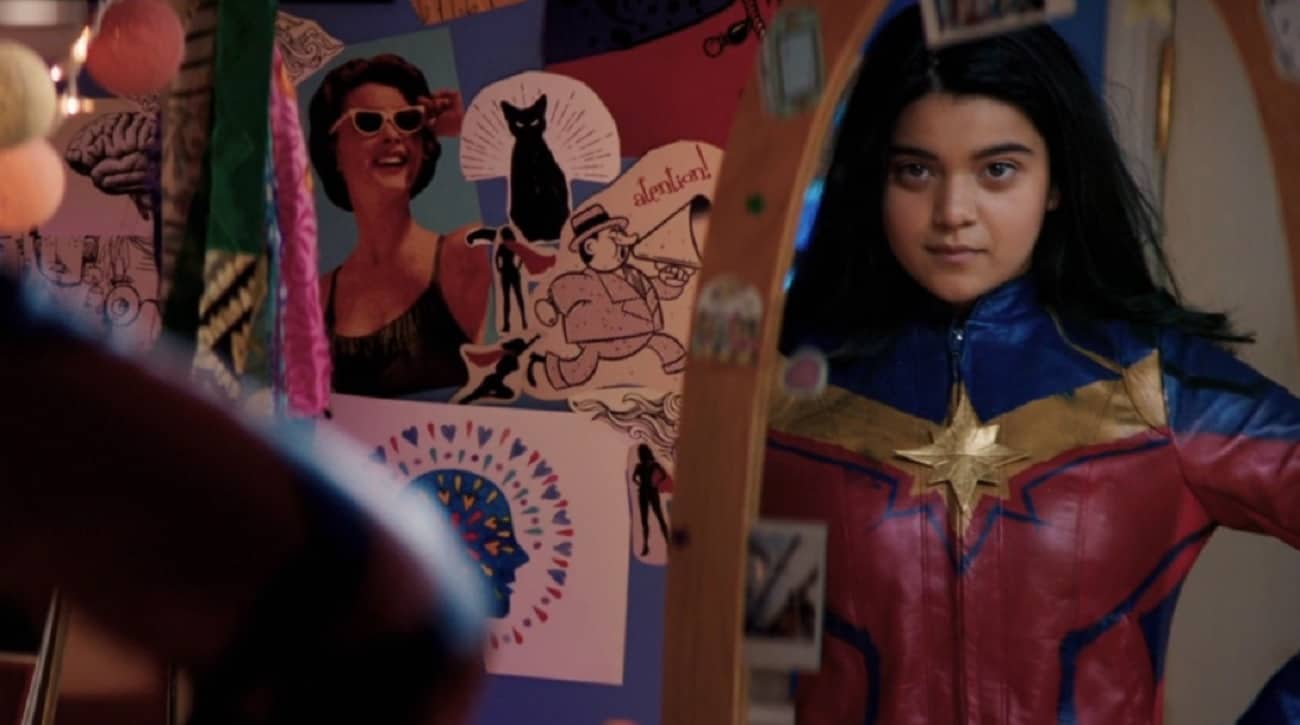 Created by Bisha K. Ali, Ms Marvel is an upcoming American superhero miniseries that will be coming up this year on Disney+. This miniseries will be based on the Marvel Comics character Kamala Khan or being called Ms Marvel, written by Gerry Conway, John Buscema, Sana Amanat, Stephen Wacker, G. Willow Wilson, Adrian Alphona, and Jamie McKelvie.

This miniseries will consist of six episodes, and it will serve as the Phase Four of the Marvel Cinematic Universe. It will also be part of the setup for the movie The Marvels which will be released later in 2023.

Ms Marvel will follow the story of Kamala Khan—a Muslim Pakistani-American teenage girl—who is a big fan of Avengers—especially Captain Marvel—as she tries to gain her own powers.

It will be very interesting to watch and it shows how inclusive Marvel Studios has become, by appointed a Muslim teenage girl as one of their superheroes.

Ms Marvel will be such a fresh air to the superheroes world, after Kate Bishop in Hawkeye (played by Hailee Steinfeld) and Yelena Belova in Black Widow (played by Florence Pugh).

That being said, when will it be arrived on the streaming platform Disney+? What will it be about and who will play in it? Read more to find out everything we know so far about Ms Marvel.

Luckily, it has been officially announced that Ms Marvel will be debuted on Disney+ on Wednesday, June 8, 2022, at 8 am GMT, which means we just have to wait for several months.

The filming process was reported has started back in November 2020 in Atlanta and New Jersey. In May 2021, the shooting was wrapped up in Thailand.

Its official release date initially was in late 2021, prior to Hawkeye—which has been released in November 2021. However, it got delayed, and it is pushed back to summer 2022. The delayed was reported due to Disney’s strategy and because of the COVID-19 pandemic.

Ms Marvel: The Plot and Trailer

Ms Marvel will introduce Kamala Khan who will be involved in the Marvel Cinematic Universe (MCU).

Its official synopsis stated that, “Marvel Studios’ ‘Ms Marvel’ is a new, original series that introduces Kamala Khan, a Muslim American teenager growing up in Jersey City. An avid gamer and a voracious fan-fiction scribe, Kamala is a Super Hero mega-fan with an oversized imagination—particularly when it comes to Captain Marvel. Yet Kamala feels invisible both at home and at school—that is, until she gets superpowers like the heroes she’s always looked up to. Life gets better with superpowers, right?”

Ms Marvel first appeared in 2013 Marvel Comics, in which she can manipulate her body—either stretch, deform, expand, shrink, or grow it.

It was also revealed that Ms Marvel will crossover the story of Kamala’s huge inspiration Captain Marvel. Kamala will get her power from an alien bracelet. However, she needs to recharge herself whenever after she uses her powers.

Marvel Entertainment has released its official trailer on its YouTube channel on March 15, 2022. The trailer is heavy with culture and religious aspects. See the trailer down below.

Ms Marvel: Who Will be The Cast?

The cast that will play in the upcoming Ms Marvel will include Iman Vellani as Ms Marvel/Kamala Khan, Aramis Knight as Kareem/Red Dagger, Saagar Shaikh as Amir Khan, and Rish Shah as Kamran.

There will also be Matt Lintz as Bruno Carrelli, Zenobia Shroff as Muneeba Khan, Mohan Kapur as Yusuf Khan, Laurel Marsden as Zoe Zimmer, among many others.