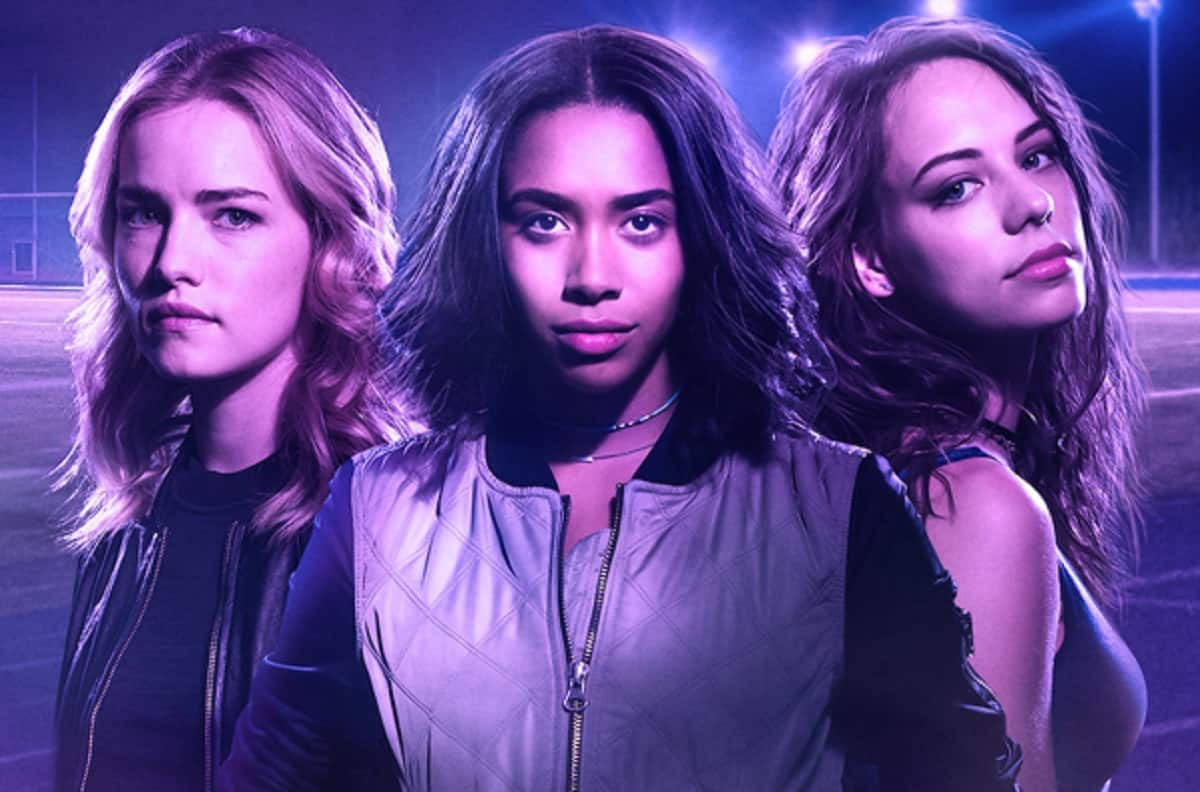 A thriller drama TV series with a cheerleading story in it, will we see what happens next to Addy, Beth, and Coach Colette in Dare Me season 2?

Dare Me is an American thriller teenage drama TV show that is based on a novel with the same title by Megan Abbott.

Also developed by Megan Abbott and Gina Fattore, Dare Me premiered on December 29, 2019, on USA Network (Shooter). The first season of the TV show consists of 10 episodes, with the duration of around 42 to 52 minutes each episode.

Dare Me follows the story of high school cheerleaders who are also best friends, Addy Hanlon and Beth Cassidy, in a small Midwestern town. However, their friendship is strained when a new coach, Colette French, comes to their school and starts changing everything. With her tactic, Colette managed to keep Addy and Beth apart, and in consequence, Addy and Beth are keeping secrets from each other.

It gets more complicated when Colette drags Addy and Beth to the murder of Sarge Will, and everything gets into total chaos.

The show receives many praises and attention from its audiences, thanks to its teenage drama combined with thriller crime aspects in the series. It even managed to be one of the top ten most watched on Netflix. IMDB gives the show 6.7 out of 10 scores. Meanwhile, Rotten Tomatoes gives Dare Me 85% critics’ review and 79% average audience score.

So with the high enthusiasm among its viewers, will they pick up the show and continue with Dare Me season 2?

Will We Ever See Dare Me Season 2?

Sadly, back in April 2020, it was announced that the show is cancelled, that is why there will not be Dare Me season 2. One of the reasons behind this cancelation is assumed to be the USA Network’s shifted focus from fiction TV series to reality shows. Ratings and viewership can also contribute to the cancelation of Dare Me season 2.

That being said, there is still a glimpse of hope for this TV show to return, if Netflix changes its mind or another network picks up the show.

However, it has been more than one year since the cancelation announcement, and there is no sign in sight of any production of Dare Me season 2. Maybe it is time for fans to stop hoping for something that most likely will not be happening.

So if somehow there would be Dare Me season 2, how the story would go?

According to the author and the showrunner Megan Abbott, Dare Me will continue from the source material, since the first season only gets through half of the book.

Although there hasn’t been any official statement regarding what would happen in Dare Me season 2, we can expect it will tell us more about what actually happened to Sarge Will.

At the end of the first season, we can conclude that Sarge Will didn’t kill himself, and that Colette and her husband were involved in his death.

What about Kurtz’s fate, who at the end of season 1 is being interrogated by the police? And how about Addy’s fate as well, given that her Hamsa bracelet was left at the crime scene? We may also explore further the difficult relationship between Addy and Colette.

Actually, fans really need Dare Me season 2, since there are so many questions that haven’t been answered. Unfortunately, maybe we have to start to accept that some things will always be a mystery.

Dare Me Season 2: Who Would be in It?

If they decided to pick up Dare Me season 2, we could expect to see the main cast return. That includes Herizen Guardiola as Addy Hanlon, Marlo Kelly as Beth, and Willa Fitzgerald as Colette.

There would also be Chris Zylka as Kurtz, Rob Heaps as Colette’s husband Matt, Adrian Walters as Tibbs, and many others.