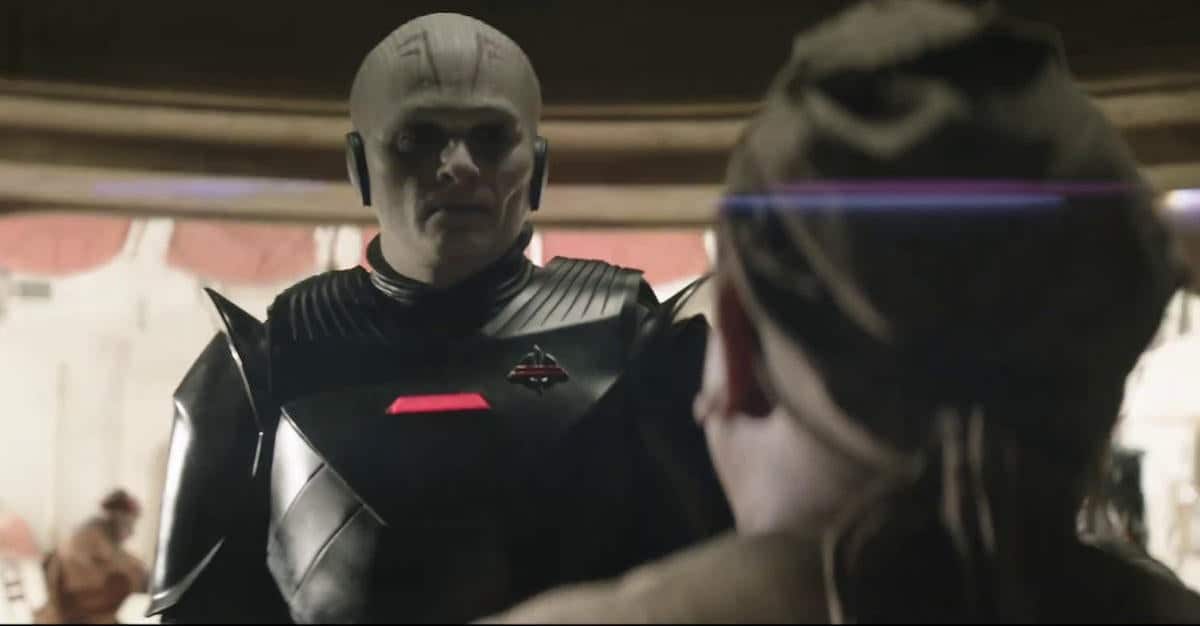 The first teaser trailer for “Obi-Wan Kenobi” gives fans a brief glimpse at the next live-action chapter of the “Star Wars” universe. The miniseries sees Ewan McGregor reprise his role as the titular Jedi master after the events of “Star Wars: Episode III – Revenge of the Sith.” Kenobi goes into exile when Emperor Palpatine (Ian McDiarmid) forces the Republic’s clone army to execute Order 66 — wiping out the Jedi Order almost instantaneously. It’s the pivotal event that tips the balance of power in the galaxy. Obi-Wan decides to stay on Tatooine to protect a baby Luke Skywalker, the son of Anakin Skywalker (Hayden Christensen) and Padme Amidala (Natalie Portman).

“Obi-Wan Kenobi” picks up a decade after the rise of the Empire, and the galaxy has turned into a very dangerous place for Force-sensitives. The teaser trailer reveals that Imperial Inquisitors have been dispatched to various planets to hunt down any of the remaining Jedi who survived Order 66. Moses Ingram appears as the red lightsaber-wielding Reva, while Rupert Friend is introduced as the live-action version of the Grand Inquisitor, who first made an appearance in the “Star Wars: Rebels” animated series.

The “Homeland” and “Hitman” alum has clearly donned some extensive prosthetics for the role, and he looks incredibly intimidating as the villain. But who is the Grand Inquisitor, and why is he so important in the “Star Wars” universe?

The Grand Inquisitor first appears in the “Star Wars: Rebels” premiere, “Spark of the Rebellion,” where he was voiced by British actor Jason Isaacs. The series quickly establishes that he works for Darth Vader. The iconic Sith Lord tasks the Pau’an male with hunting down any Jedi/Force-sensitive children in the galaxy because the Emperor has foreseen “a new threat.” The threat in question is actually Ezra Bridger (Taylor Gray), whose abilities in the Force have slowly started to show themselves.

“Rebels” Season 2, Episode 18 “Shroud of Darkness” reveals that the Inquisitor was actually one of the Temple Guards who protected the Jedi Order on Coruscant. This is partly the reason why he knows so much about the Jedi and their ways, as he spent years of his life surrounded by them. However, in the novel “Tarkin” by James Luceno, the Inquisitor trains with a lightsaber in an Imperial base by using stolen Jedi records instead of being trained by Vader or Palpatine (via Wookiepedia). Although he can use the Force, he’s not technically a Sith lord — he’s simply their pawn.

The animated series doesn’t really show the Grand Inquisitor working with Darth Vader much (aside from the occasional hologram call), so hopefully “Obi-Wan Kenobi” lets the two villains share some screen time. Although, because he’s in command of the other Inquisitors, the series will probably show him working alongside Reva (Moses Ingram) and the Fifth Brother (Sung Kang) as they hunt for Obi-Wan — and possibly Luke Skywalker. The Inquisitors show up a lot in “Rebels,” and others, like Trilla (Elizabeth Grullon) and the Ninth Sister (Misty Lee), have important roles in the “Star Wars Jedi: Fallen Order” game.

Unfortunately for the Grand Inquisitor, “Star Wars” fans already know how his story ends. In the “Rebels” Season 1 finale, Ezra Bridger and the rest of the Ghost crew infiltrate Grand Moff Tarkin’s (Stephen Stanton) Star Destroyer to save Kanan Jarrus (Freddie Prinze Jr.) from the Empire. As all hell breaks loose across the ship, the Inquisitor duels Kanan, and the villain nearly kills Ezra by throwing him from a platform. Luckily, this doesn’t actually kill the young hero. However, Kanan momentarily thinks his padawan is dead, which spurs him on to defeat the Inquisitor.

When the villain is finally hanging from a ledge, he tells Kanan “There are fates worse than death,” and lets himself fall down into the ship’s unstable reactor. What is it with “Star Wars” and high ledges with no railings? Is there no health and safety department in the Imperial Empire? Anyway, the fate he’s referring to is something from the comics, which is that Darth Vader traps the Inquisitor’s spirit inside an old Jedi temple in “Star Wars” issue #6 by Charles Soule. This is punishment for failing him as the Grand Inquisitor.

So, what does this tell us about the “Obi-Wan Kenobi” series? Well, clearly the Grand Inquisitor hasn’t come across Ezra or Kanan yet, although it’ll be interesting to see whether there are any references to the “Rebels” characters. It wouldn’t be so surprising, since Ahsoka Tano (Rosario Dawson) herself shows up in “The Mandalorian” Season 2, Chapter 13 “The Jedi” as she’s looking for Grand Admiral Thrawn — another key villain from “Rebels.”

Basically, it’s very exciting that fans will finally see the Grand Inquisitor in live-action — hopefully, he’s worth the wait.