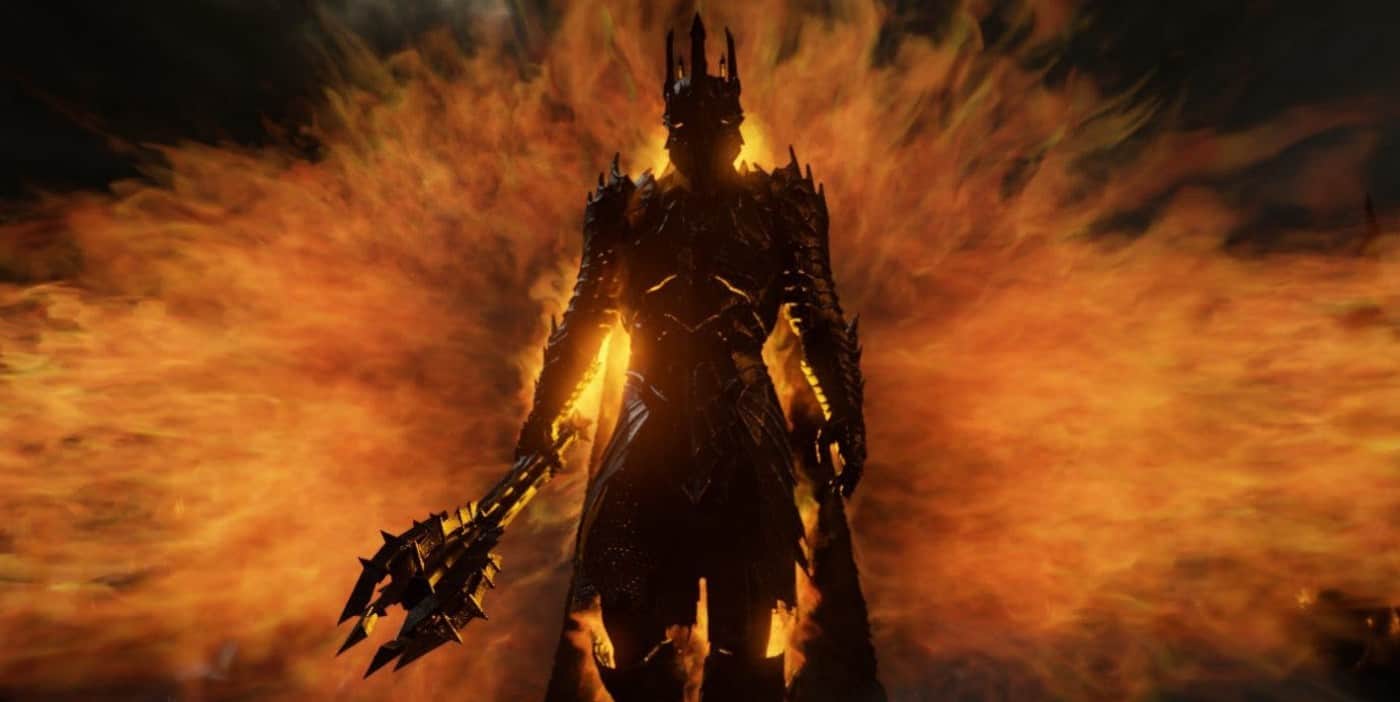 Amazon Studios made headlines way back in 2017 when it won out the bid for the TV rights to certain portions of Tolkien’s sprawling literary Middle-earth world. The fact that the rights alone cost a whopping $250 million (via Deadline) seemed like a big deal back then, but that number has become par for the course in recent years. The additional fact that the studio spent $465 million on the first season of the show alone led to further jaw-dropping shock.

The sheer size of the investment was enough to turn heads. The fact that it would be used to bring a new adaptation of Tolkien’s beloved world to the screen made the fascination even greater. Fairweather fans settled in for the ride. Die-hard Tolkienites gritted their teeth and waited in anxious anticipation to see how the massive Middle-earth bid would play out (remember, many were still scarred by the dramatic changes made in the “Hobbit” trilogy.)

After the initial news of the acquisition of the rights broke, though, the news cycle just kind of … dried up. Nothing happened for a year. Then another year. Then another, and another. Sure, the show did make a few splashy announcements on its fledgling social media pages and there were little rumors here and there of production taking place in New Zealand. But even that seemed to mostly be negative news purporting disruptions and delays due to things like on-set accidents (TheOneRing.net) and, you know, a global pandemic.

It wasn’t until August of 2021 that things finally started to pick up. Because in that month, the studio released a first series image … and a release date. Since then, the promotional content has only continued to build. Here’s everything we know so far.

What is the release date for Lord of The Rings: The Rings of Power?

The upcoming series wasn’t called “The Lord of the Rings: The Rings of Power” in August of 2021. The studio hadn’t announced an official title yet, and fans commonly referred to the project as “Amazon’s Lord of the Rings Series” or something along those lines.

And yet, even without a title, the show went ahead and announced the premiere of its first episode — which would air more than a year in the future. On August 2nd of 2021, Amazon published a press release that included a gorgeous first series image and the announcement that episode one would drop on September 2nd of 2022.

This might not sound unusual in a world where studios are planning their movie releases years into the future. But we have to remember that this is technically television. Is it a streaming series? Sure. But the serialized aspect lumps it in with TV more than movies. The fact that the studio felt comfortable enough to set a release date to the day that far in advance for a television formatted show is pretty unique, especially considering the fact that the pandemic and its logistical struggles were still in full effect at the time.

While fans have had to literally wait for years at this point, the good news is that they won’t have to wait for half a decade. Nope. The first episode will go live two months shy of the five-year mark since news of the rights acquisition hit the interweb. Thanks, Amazon, for a nice and speedy production timeline.

Who will be in Lord of The Rings: The Rings of Power?

The “Rings of Power” features a loaded cast. This makes sense, since the sprawling story will feature tons of different Tolkienian characters. Some of these have been made up for the show, like the cryptic Man Halbrand (played by Charlie Vickers) and the Dwarven Princess Disa (played by Sophia Nomvete). The Silvan Elf Arondir (played by Cruz Córdova), the proto-Hobbit “Harfoot” Nori Brandyfoot (played by Markella Kavenagh), and the woman healer Bronwyn (played by Nazanin Boniadi) are also new to the Middle-earth fold.

Alongside these creative additions, we also get a slew of characters that are well-established in Tolkien’s works, played by a lineup of first-rate talent. Here are just a few of the biggest names, along with the character that they’ll portray on the screen: Morfydd Clark (Galadriel), Benjamin Walker (Gil-galad), Robert Aramayo (Elrond), Charles Edwards (Celebrimbor), Maxim Baldry (Isildur), and Owain Arthur (Prince Durin IV).

As if this wasn’t enough, the show also has many other established cast members whose characters remain undisclosed. Sir Lenny Henry (“Chef,” “Harry Potter and the Prisoner of Azkaban”), Trystan Gravelle (“Anonymous,” “Mr. Selfridge”) and Peter Mullan (“War Horse,” “Children of Men”) are just a small sampling of the massive cast list. On top of that, the studio has brought in some top-shelf directorial talent. Thus far, the first season has been helmed by J.A. Bayona, Wayne Yip, and Charlotte Brändström, who directed two-to-four episodes apiece.

The best part about this massive collection of talent is that very few of these names are so big that they’ll hog the spotlight. If done well, this leaves the door open for the actors to meld into their characters without too many overly-recognizable faces hogging the screen or the headlines.

What is the plot of Lord of The Rings: Rings of Power?

With so much money and manpower going into the series, what story are they going to tell? While fans are used to the stories of “The Hobbit” and “The Lord of the Rings,” this time Amazon’s narrative will be going much further afield … and further back in time, too.

The show will cover events that take place in the Second Age of Tolkien’s world. This is a roughly 3,500-year-long era that comes before the 3,000-year-long Third Age, which ends with the events of “The Hobbit” and “Lord of the Rings.” If 3,500 years feels like a very long span of time, that’s because, well, it is. In fact, showrunners J.D. Payne and Patrick McKay have already clarified that the biggest deviation from the text is the simple fact that they’ve condensed all of the events of the Second Age into a single point in time. According to Payne (via Vanity Fair) “We talked with the Tolkien estate … If you are true to the exact letter of the law, you are going to be telling a story in which your human characters are dying off every season because you’re jumping 200 years in time, and then you’re not meeting really big, important canon characters until season four.”

Along with this major adjustment to the pace of the narrative, the showrunners have explained (also via Vanity Fair) that they only have the rights to the “Lord of the Rings” trilogy and “The Hobbit” books. However, this gives them critical access to the appendices of “The Return of the King,” which includes a brief outline of events in the Second Age. Working from this, they will try to bring together a coherent, condensed, and (hopefully) compelling Second Age narrative.