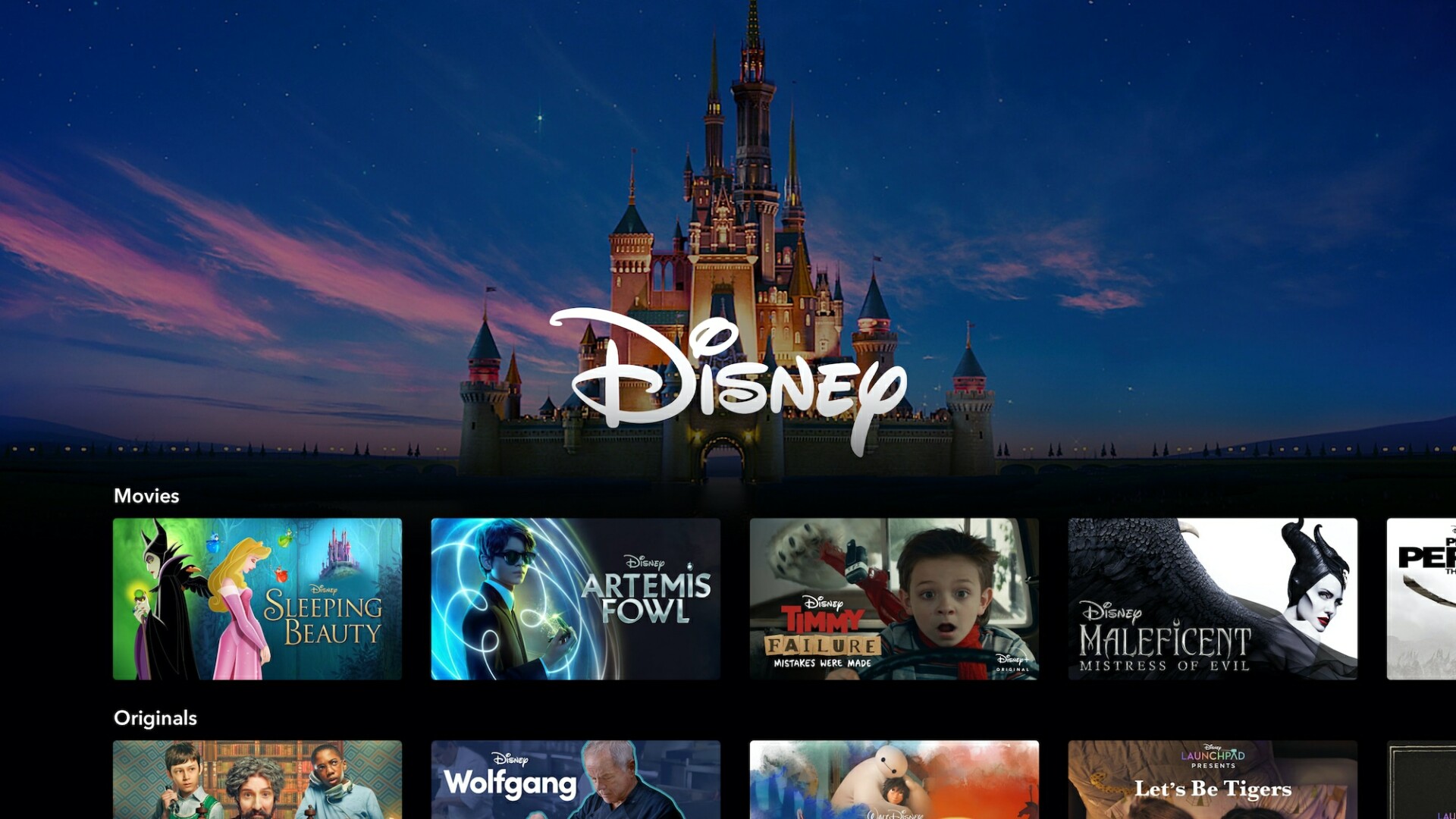 With the start of the new year, Disney spare no time to announced all the shows that is releasing under Disney+ streaming platform. As Disney continues to solidify their offefring with exisiting and new portofolio from Pixar, Marvel, Lucasfilm, National Geographic and FOX it is not surprising that there is a lot of anticipated Disney+ Shows on 2022.

Although a lot of it has been announced during Disney+ Day, which was hosted during it’s platform launch on November 12, it’s nice to get a refresher on what original series, sequels, revivals, reboots, and other adaptations that are coming in 2022.

The Proud Family is an animated television series that ran for two seasons on Disney Channel from 2001 to 2005. A television film also aired as the show’s finale for its original run. In 2020, the show was ordered to receive a third-season revival called The Proud Family: Louder and Prouder. The original cast is set to reprise their roles, while celebrities, including Eva Longoria, Jaden Smith, Tiffany Hadish, Lizzo, Lil Nas X, and Hamilton‘s Leslie Odom, Jr., are also featured.

Cheaper By The Dozen (March)

Based on the Gilbreth autobiographical novels, Cheaper By the Dozen is an established multimedia franchise depicting the stories of and relationships within large families. A reboot of the franchise is scheduled for a March premiere. Cheaper By the Dozen stars Gabrielle Union and Zach Braff, focusing on a blended multiracial family.

During the Disney+ Asia-Pacific Content Showcase Event, new original shows were announced as part of the streaming service’s expansion. A reboot of the Japanese anime series Black Rock Shooter, created by Ryohei Fuke, is set to premiere in April. Focusing on the eponymous female protagonist, Black Rock Shooter: Dawn Fall is directed by Tensho and written by Makoto Fukami and Ryō Yoshigami.

Based on the animated Disney comedy series of the same name, Chip ‘n Dale: Rescue Rangers is a feature-length film combining live-action and computer-generated effects, similar to the modern Alvin & the Chipmunks franchise. Directed by Akiva Schaffer, the film stars Documentary Now!’s John Mulaney as Chip and Brooklyn Nine-Nine’s Andy Samberg as Dale. Corey Burton, who voiced Dale in the original show, voices Zipper, while Seth Rogen has an announced cameo.

Following the success of the animated Marvel Comics-based film Big Hero 6 and its follow-up series, a spin-off show titled Baymax! will be released on Disney+ in the summer of 2022. The show explores the adventures of the titular inflatable robot, as he fulfills his role of assisting the citizens of San Fransokyo with their medical needs. Scott Adsit reprises his role as Baymax, while Maya Rudolph takes on the character of Aunt Cass.

The sixth television series in the Marvel Cinematic Universe, Ms. Marvel explores the origin story of Kamala Khan. A fan of Carol Danvers, Khan, played by Iman Vellani, is a Muslim Pakistani-American teenager who later on gains shape-shifting abilities. The show will set up the 2023 film The Marvels.

Set five years before the 2016 Star Wars film Rogue One, the 12-episode show Andor centers on rebel spy Cassian Andor during his formative years in the Rebellion. Diego Luna reprises his role as Andor, and he also serves as the show’s executive producer. He is joined by Stellan Skarsgård, Adria Arjona, Fiona Shaw, Denise Gough, Kyle Soller, Genevieve O’Reilly, and Forest Whitaker.

From National Geographic, which co-produced the 2020 drama The Right Stuff, comes an original documentary series called America the Beautiful. The show seeks to explore the wonders of America — the earth, the seas, the mountains, and the wilderness. Additionally, viewers get to witness the incredible wildlife and extreme forces of nature in the country.

Cars On The Road (TBA)

​​Cars on the Road is the third television series in the Cars franchise, after Cars Toons: Mater’s Tall Tales and Cars Toons: Tales from Radiator Springs. Here, Lightning McQueen and his best friend Mater are going on a cross-country road trip, facing new adventures and meeting old and newfound friends. Larry the Cable Guy reprises his role as Mater, while Owen Wilson, who stars opposite Tom Hiddleston in Loki, comes back as Lightning McQueen.

Similarly, the Disney+ Twitter account also shared a teaser of High School Musical: The Musical: The Series season 3. With the clues “Love is an open door” and a snowflake emoji-filled tweet, it seems like the musical for the season will be Frozen. For the show’s first season, the students of East High School staged High School Musical, while in season 2, they put on a production of Beauty and the Beast.

Another National Geographic offering, Limitless with Chris Hemsworth follows the Thor actor as he subjects himself to different extreme situations. Known for his state of physical fitness and muscular build, Chris Hemsworth seeks to test his physical, mental, and emotional resilience. In the trailer shown during Disney+ Day, Hemsworth is seen suspended from a thousand feet, swimming in icy cold waters, and jumping from tall buildings. The six-part series is directed by Darren Aronofsky (Requiem for a Dream).

Moon Knight joins the list of MCU television series in Disney+. Starring Oscar Isaac, the superhero miniseries follows Marc Spector, a former US Marine who has dissociative identity disorder. With his multiple identities, he became involved in a deadly war of the gods. May Calamawy and Ethan Hawke join Isaac in the six-episode show.

During the Disney+ Day event, a subscriber-exclusive first look on She-Hulk was revealed. Tatiana Maslany stars as superhero lawyer and the fourth-wall-breaking She-Hulk, while Mark Ruffalo comes back as Smart Hulk, helping her with her condition. Tim Roth returns as the Abomination from the 2008 film The Incredible Hulk, and The Good Place‘s Jameela Jamil debuts in the MCU as Titania, She-Hulk’s rival.

Another entry from the Star Wars franchise, Obi-Wan Kenobi is a six-episode series set a decade after the events of Star Wars: Episode III – Revenge of the Sith. The show follows the titular character, still portrayed by Ewan McGregor, as he goes on a “rollicking adventure”. Hayden Christensen plays Darth Vader, while Joel Edgerton is Owen Lars, Luke Skywalker’s uncle, and Bonnie Piesse is his wife, Beru Whitesun Lars.

Willow is a fantasy television series that serves as a sequel to the 1988 George Lucas-produced film of the same name. The show follows Princess Kit (Ruby Cruz) as she assembles and leads a party to rescue her twin brother. Warwick Davis returns as the Nelwyn dwarf sorcerer Willow Ufgood.

Zootopia+ is an animated television series zooming in on the lives of the unexplored side characters from the Nick and Judy-centered feature film Zootopia. These include Fru Fru, the newly-married daughter of crime lord Mr. Big, and Flash, the sloth working in the DMV. Zootopia+ is also known as Zootropolis+ in other areas, including the UK and the Middle East. 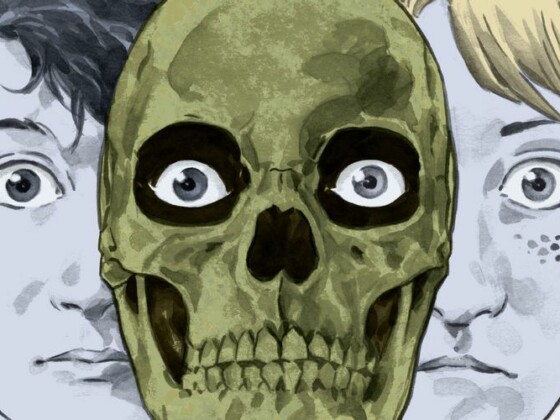