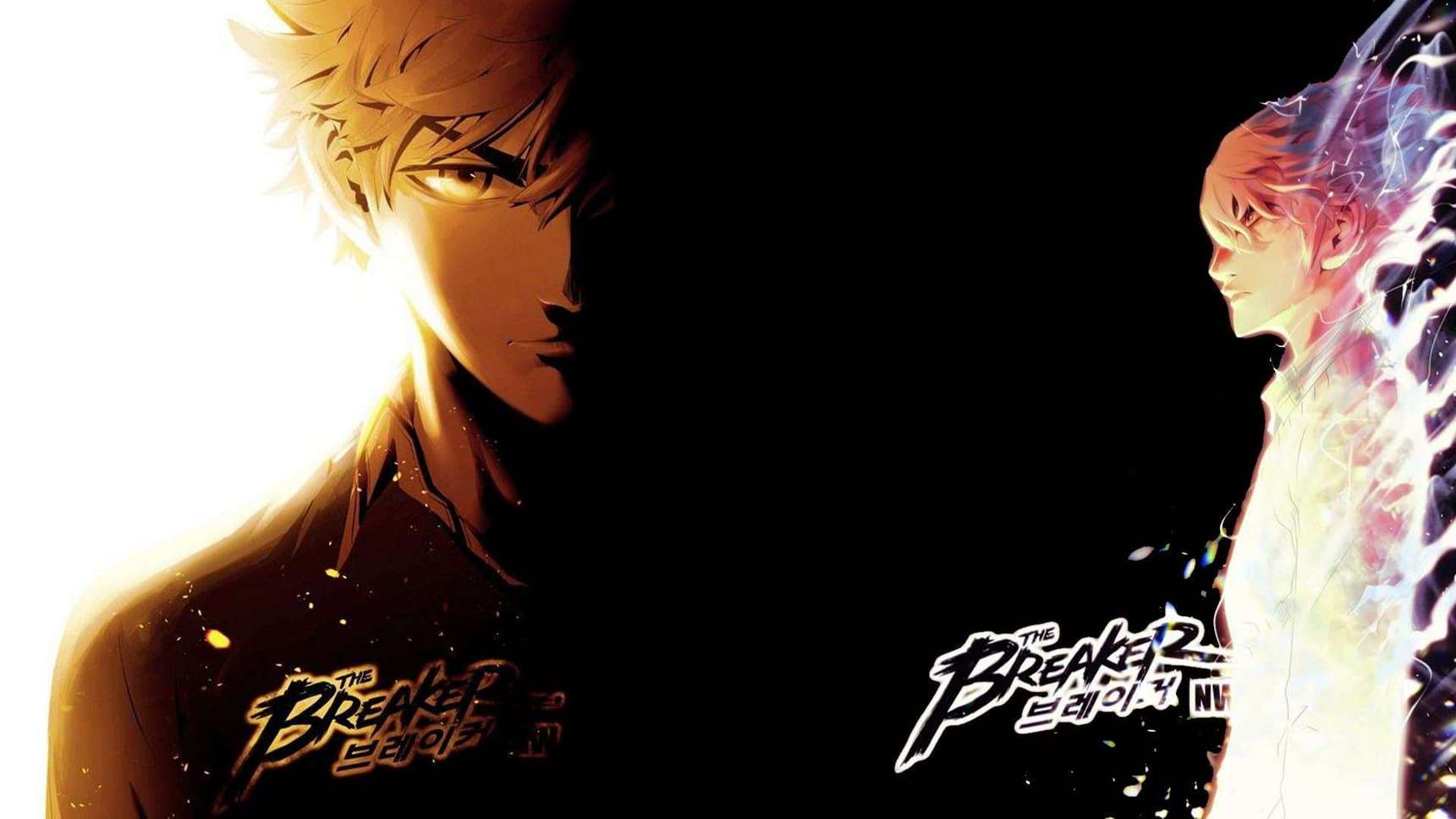 The Breaker is a South Korean manhwa series written by Jeon Geuk-jin and illustrated by Park Jin-hwan under the pen name Kamaro.

If you have been looking for news updates about The Breaker Season 3, Here is everything you need to know about the breaker 3.

It will most likely be released in 2022.

Blog post by the author (English Translated, Date: 3-10-2022): I’ve just finished Episode 10 of Breaker 3 right now. We are in the process of adjusting whether the serialization will start in April or May.

At the same time, I need to confirm that I am working on the 1st and 2nd scrolls. I am a little nervous. Those who are waiting. Please wait a little longer. The serialization date and location will be announced at the end of this month or early next month. I can’t play at all and I’m busy!!

The Breaker was serialized in Daiwon C.I.’s Young Champ’s magazine between June 2007 and July 2010. It is followed by The Breaker: New Waves (official website) which is published on Daum Communications’ online comics portal beginning in 2010. The Breaker was released in Korean, French, Indonesian, Italian, Polish, Russian, German, Thailand, Arabic and English.

Update: 07/2021, It’s official now Breaker Season 3 is coming it’s been announced in the official blog of the author, here’s what he says on his blog.

And since many people have inquired about it… For the next work, we are preparing Part 3 of Breaker with writer Geuk-Jin Jeon.

This time, I think I’ll be working with scrolling like Trinity Wonder.

I don’t want to do page work because I think it’s a difficult task and consumes a lot of energy.

If you want a book… maybe… it’s so popular that it might come out if a place to publish a book appears.

So… I’ll prepare well and see you in Breaker Part 3.)

Now that The Breaker Season 3 is already is in production. The author was looking for Breaker’s 3 base color assist, so he posted a job offer in his blog. In the new year, the author said he planning on releasing The Breaker Season 3 in the mid-year of 2021. But since the work is just started in July 2021. We can expect Part 3 in early 2022 or mid 2022.

This news is also confirmed by change.org petition created by a fan.

Fans filled his blog with thank you comments after seeing this news. As a fan of The Breaker, I’m also super excited about this news.

It’s been a while since I’ve drawn the breaker characters as I go..

I think I need to practice a lot.

And currently, writer Jeon Geuk-jin is writing Breaker Season 3. If possible… I’d like to save the Breaker 3 manuscript while finishing the promised orchid (“author’s another manhwa he is working on now!”) but…

I’m not sure what it will be like. Anyway, in the middle of this year… If it’s late, I’m thinking of aiming to publish Breaker 3 in the second half.

There are many variables. I need to find a new staff.. My condition is now changing every year depending on my age…

I don’t mind asking those who wait for the breaker to wait a little longer.

The author wants to try starting season 3 in the second half of 2021. He still unsure of the exact date, for those that don’t know the writer started working on the script last year (2020).

Since the end of the breaker new waves fans are waiting for the breaker anime. Recently Noblesse, Tower of God and The God of High School Korean Manhwa / Webtoons got an anime adaptation. So the chances of The breaker getting an anime adaption is also good. May if Netflix decides to make this manhwa into an anime or if fans start a petition on change.org like solo leveling anime petition.

In myanimelist.net top manhwa list The Breaker is listed 6th so it’s very popular with 114,171 members according to the website. Also in google search, every month more than 100k people search for The Breaker. Still, the popular manhwa of all time is Solo Leveling which is rumored to be getting an anime adaptation.

Han Chun-Woo: is Shi-Woon’s master, was a dynamic and influential character in The Breaker. As an important enemy of Murim who wants to destroy the alliance, he is an important but secondary protagonist in New Waves who follows Shioon’s path. He is commonly known as the Goomoonryong (lit. Nine Arts Dragon), and was the teacher of main protagonist Shi-Woon Yi before officially expelling him. Chun-Woo is also the conqueror of all nine seats of power, earning him the title of Goomoonryong and is regarded to be the strongest martial artist under the heavens.

Shi-Woon Yi: is the main protagonist of The Breaker Series. He is the first official disciple of Han Chun-Woo, the Goomoonryong, and the current Head of the Sun-Woo Clan, and the Danju of the Martial Arts Alliance.

Kwon Jae-Kyu: was the second-in-command of the Sun-Woo Clan, head of the Elder Council and grandfather of Kwon Jinie‏‎. He was also one of the Ten Grand Masters of the Murim.

Kwon Jinie: is the granddaughter of Kwon Jae-Kyu and a member of the Sun-Woo Clan. She is assigned by him to be Shi-Woon Yi’s hidden bodyguard, in order to protect him from people within the Murim-In.

Hyuk So-Chun: is the Assistant-Leader of the Heavenly Way School and a Martial Arts prodigy in the Murim world. He first started out as an antagonist to Shi-Woon Yi, but later becomes an Ally/Rival to him.

What is a Murim?

In the world of the Murim, the term “mu means martial arts and rim means growing too fast and powerful” is derived from the term forest.

No one knows when Murim first came into existence in the world. Except, many trace its beginnings to the Ascetics from long who had secluded themselves deep in the mountains of the rugged wilderness in order to seek enlightenment.

Legend states that martial arts originated with a group of monks as a means to defend themselves from the dangerous animals they encountered while meditating in the forest.

Soon after their appearance, these monks became famous throughout the society as martial arts masters because of their powers. In response, many people quickly met them in order to become their disciples. In time, with more masters and disciples appearing, the amount of murim increased, clans and schools were formed and the world of Murim was born.

Due to the nature of the murim being “not normal” since their strength is far above the ordinary, there was the fear that coexistence between normal people and murim would create conflict and, in time, war. Thus, the existence of the Murim world was kept secret from normal people, with the exception of some members of local governments and federal government.

There are rules the Murim-in must follow, when a battle between Murim-in they must inform the Martial Art Alliance of the battle. And if a Murim-in tries to take a life then they have to be prepared to risk their own life as well.

Chunwoo Han is a martial artist who earned the title of Nine Arts Dragon from the Murim, a secret martial arts society that exists in harmony with modern society. The Murim’s government is the Martial Arts Alliance who has garnered Chunwoo’s hatred by killing his martial arts teacher. In the present, Chunwoo Han transfers to a fictional school in Seoul for a mission given to him by the Black Forest Defense Group, an anti-government group who opposes the Martial Arts Alliance.

In the conflict, Chunwoo publicly renounces Shioon as his disciple and destroys his Qi-center which cripples his potential as a martial artist. In doing so, Shioon is no longer considered part of Murim and will be protected by law from martial artists who wish to take revenge on Chunwoo through Shioon. In the aftermath, Shioon is greeted by the Sunwoo Clan who reveals Sosul has named him as her successor.

The sequel The Breaker: New Waves continues with Shioon who has declined his position as the head of the Sunwoo Clan. Meanwhile, the Martial Arts Alliance is losing its control over the world and a new group, acronymed SUC, begins terrorizing normal citizens under the name of the Nine Arts Dragon.

Shioon becomes acquainted with Sera Kang who arranges a series of events and successfully restores Shioon’s Ki-center. After learning about the existence of SUC, Shioon resolves to destroy them for tarnishing his teacher’s name. 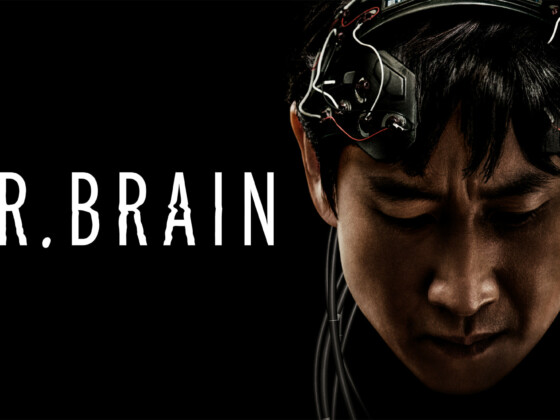