My Liberation Diary is the latest drama from JTBC that tells the story of three siblings who want to escape their stifling lives and a mysterious outsider who comes to their city. On July 9, JTBC officially announced that Kim Ji Won, Lee Min Gi, Son Seok Gu, and Lee El would be playing the lead roles in the drama.

This drama could be seen as a reunion drama for the 4 actors because previously Kim Ji Won and Lee Min Gi had starred together in the 2018 film “Detective K: Secret of the Living Dead,” while Son Seok Gu and Lee El played a couple who already married in the 2018 drama “Matrimonial Chaos.”.

“My Liberation Diary” began filming in July and is scheduled to premiere in 2022.

“My Liberation Diary” tells the story of three brothers and a stranger who wants to escape their suffocating life.

Yeom Chang-Hee (Lee Min-Gi) is the middle child of the three siblings. He wanted to run away from his family home in Sanpo Village, but he has no dreams and just spends his life carelessly thus causing his family to look down upon him.

Yeom Mi-Jung (Kim Ji-Won) is the youngest of the three. He wants to be freed from his boring life is too introverted and shy to do so. He is lonely and feels unfulfilled in his life.

Yeom Ki-Jung (Lee El) is the eldest of the three children. He has a hot temper and wastes a lot of time going to his job in Seoul from Sanpo Village. His life is filled with complaints and he wants to find love.

Yum Ki Jung, the  eldest son of the family who only behaves well, finally receives his salary. Yum Ki Jung feels that he wasted his entire youth commuting to Seoul for his work, and he is desperate to find love.

Lee El (born Kim Ji Hyun) is a South Korean actress. She is best known as Lee Byung Hun’s ill-fated lover in the film “Inside Men”, as well as supporting roles in MBC series “Monster” and tvN series “Goblin.”

Yum Chang Hee is Yum Min Jung’s older brother and the middle child of their family. He initially hoped to move to the city and experience a more interesting world, but life didn’t go according to plan. With no goals, no dreams, and no particular ambition, Yum Chang Hee may be immature, but everything he says is always very logical.

Yum Min Jung is the youngest child in her family. Born an introvert, the shy Yum Min Jung always goes through life feeling completely alone. Unable to take it anymore, Yum Min Jung finally tries to make changes to “free” herself from her passive monochrome life.

Master Gu is a charming and mysterious outsider who suddenly arrived in the city. No one knows who he is and his arrival is even more perplexing as their town is deemed so boring that “while people may leave, no one ever enters.” Mr. Gu, who seems to have gone through a lot of misfortunes, gets drunk 365 days a year and loses his way in life until one day, Yum Min Jung approaches him. 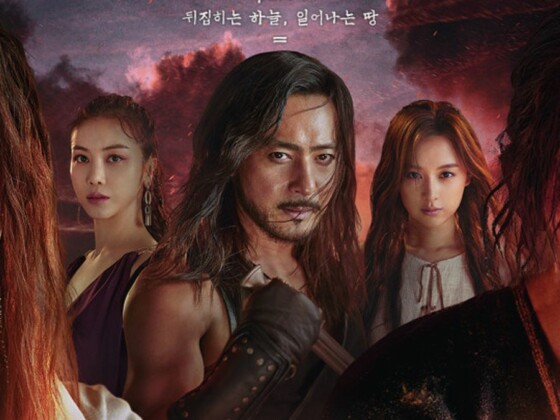