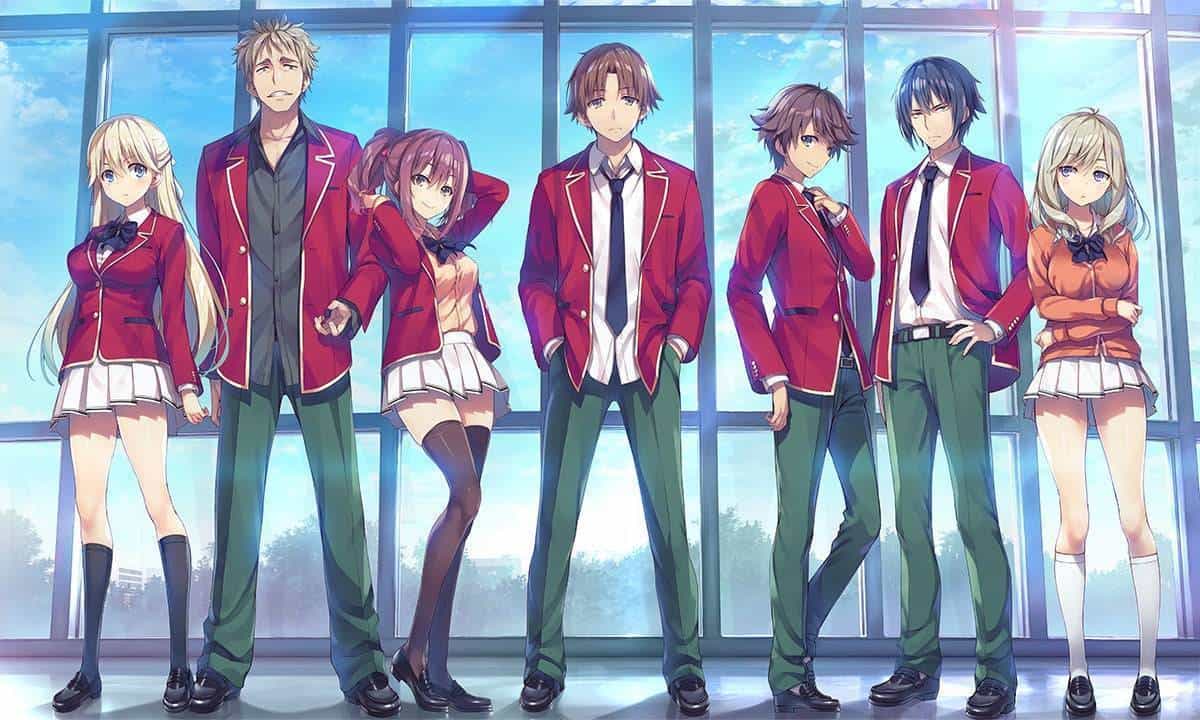 On February 21, Kadokawa, the publishing company of Classroom of the Elite, has officially announced that a sequel was currently being produced. Kadokawa announced it along with a pictured announcement visual. It was also stated that an anime project presentation would be streamed on the Kadokawa Anime Channel on March 6. The stream will include new information regarding the sequel.

Today, the anime project presentation was streamed as scheduled, and it was announced that the sequel consists of Classroom of the Elite Season 2 and Season 3. The release date has also been officially announced for both seasons. The anime will cover the first-year arc as a whole.

The anime project presentation has also revealed a project promo, pictured project visual, cast, staff, and theme song artists for the second season. The voice cast will remain the same as the first season.

Everything You Neeed To Know about Classroom of the Elite

Classroom of the Elite is without a doubt one of the most popular anime series of all time. The show falls under the drama genre as it revolves around the psychological and school theme. It tells us the story of a group of students that belongs to Class D, which is where the school dumps its worst students. The story follows them as they refuse to stay in the lowest tier and do their utmost to climb up the ranks.

Classroom of the Elite began life as a Japanese light novel series written by Shougo Kinugasa with illustrations by Shunsaku Tomose. It has been published by Media Factory under their MF Bunko J imprint since May 25, 2015. It ran for fourteen volumes before concluding on September 25, 2019. The light novel series has also been published in English by Seven Seas Entertainment digitally and physically since February 7, 2019, and May 7, 2019, respectively.

A sequel to the light novel series entitled Classroom of the Elite: Year 2 was then released on January 24, 2020. It is also available to read in English as it has been published by Seven Seas Entertainment for English releases.

The light novel series Classroom of the Elite was also adapted into a manga series illustrated by Yuyu Ichino. It has been serialized in Media Factory’s Monthly Comic Alive magazine on January 27, 2016. As of June 23, 2021, eleven volumes have been released. Just like the light novel series, the manga series has also been licensed in English by Seven Seas Entertainment and will release the first volume in February 2022.

Not only that but a sequel to the manga series illustrated by Shia Sasane was later serialized in the same magazine on December 25, 2021, adapting the sequel of the light novel series.

Classroom of the Elite Season 2 And Season 3 Release Date

Later, an anime adaptation of Shougo’s light novel series Classroom of the Elite was announced. The adaptation was animated by Lerche, the studio that needs no introduction, as they are widely known for their popular anime releases such as Assassination Classroom, Monster Musume, Scum’s Wish, Toilet-bound Hanako-kun, and last but not least, Given.

The anime series Classroom of the Elite premiered on July 12, 2017, and ran for twelve episodes before concluding on September 27 of the same year. After a long wait, fans can finally their favorite anime to return on their screen again. The announcement was surely unexpected. The reason is that many of the fans have already lost hope of a season renewal beforehand.

With that being said, many of them are craving to see the sequel. So, when will Classroom of the Elite Season 2 and Season 3 be released?

In the anime project presentation, it was officially stated that Classroom of the Elite Season 2 and Season 3 will be released on July 2022, and 2023, respectively.

What will Classroom of the Elite Season 2 And Season 3 be about?

Classroom of the Elite Season 2 And Season 3 would cover the rest from where the first season has left off, which is the third volume. That said, in the second and third seasons, we will get to see the story from the fourth up to the eleventh volume. Here, we will provide what each volume will be about. (Source: Fandom, Seven Seas Entertainment)

The second half of the special summer test finds the students duking it out aboard a luxurious cruise ship. Divided into twelve groups patterned after the signs of the Zodiac, all four classes are faced with a devilishly difficult test of their thinking skills. They may have survived the island, but they’re not out of hot water yet!

The grueling summer vacation special tests are finally at an end. As the clock ticks down on the last glorious days of summer, the students of the Tokyo Metropolitan Advanced Nurturing High School frantically try to squeeze in all the things they’ve left undone and unsaid. Get a glimpse into the secret lives of supporting characters and watch romantic confessions and pool-side drama unfold in this volume of short stories that bridge crucial gaps between the end of the first semester—and the start of the second.

The second semester kicks off, and the students hit the ground running–literally, with a school-wide sports festival! With Class-D’s future on the line, Ayanokōji has to decide how far he’ll go to avoid the limelight–and reckon with the consequences of letting everyone glimpse his true abilities on the field!

There’s upheaval in the air as another special exam approaches and Nagumo officially replaces Manabu Horikita as student council president. Meanwhile, Ryūen is out for blood, and he’s set his sights on Suzune Horikita as the next possible candidate for Class D’s mysterious mastermind!

The end of the second semester is near, and Ryūen’s manhunt for Class D’s mastermind is only getting more aggressive. When he and his goons decide to torture an answer out of Karuizawa, Ayanokōji decides it’s finally time to step forward—if, that is, Karuizawa doesn’t break under the pressure first!

The third semester kicks off in high gear with a special boot camp deep in the mountains. Forcibly separated into groups along with grade and gender lines, the first, second, and third years alike must work together to survive the rugged terrain. Even worse? The leader of the group that comes in last will be expelled. Can Class D make it back to campus intact, or is this where they finally say goodbye to one of their own?

Sakayanagi puts her plan to crush Ichinose into motion, spreading rumors of her alleged criminal history through the school like wildfire. With Class 1-B at a loss, and Ichinose herself uncharacteristically reluctant to fight back, can Ayanokōji step in to save her reputation? Meanwhile, Kushida makes contact with student council president Nagumo in what might prove to be a very dangerous alliance, indeed.

It’s spring, and for the first time in the school’s history, no one has been expelled after the third semester exams. As a result, the Advanced Nurturing High School sets a cruel test—each class must choose one of their own members to be expelled. Chaos consumes the first-years as Hirata tries and fails to keep the class from turning on each other, Ichinose strikes a costly bargain with Nagumo, and Ryūen’s classmates seem ready to throw him to the wolves. Can Class C make it out of this unscathed—or will they be undone by traitors within?

Still reeling from the shock of their first expulsion, the first-years head into the last special exam of the year–a seven-event gauntlet that sees Class A facing off against Class C, and Class B against Class D. With each class’s elected commander facing expulsion if they lose, Ayanokouji volunteers for the role to quell his classmates’ suspicion about the events of the last exam. And with Sakayanagi captaining Class A, making this the right place and right time for their long-anticipated personal showdown– he might just need that Protection Point before too long.

Staff of Classroom of the Elite Season 2 And Season 3

Classroom of the Elite Season 2 And Season 3 Visual

Classroom of the Elite Season 2 and Season 3 Promo 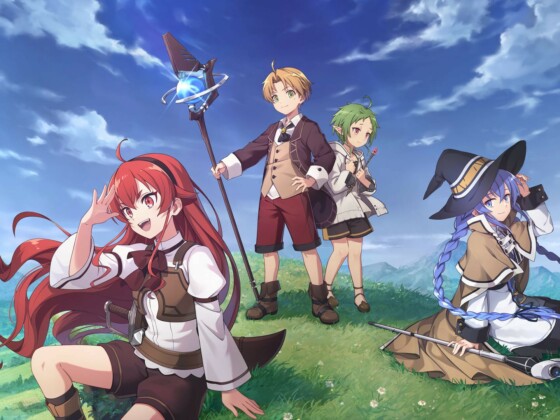