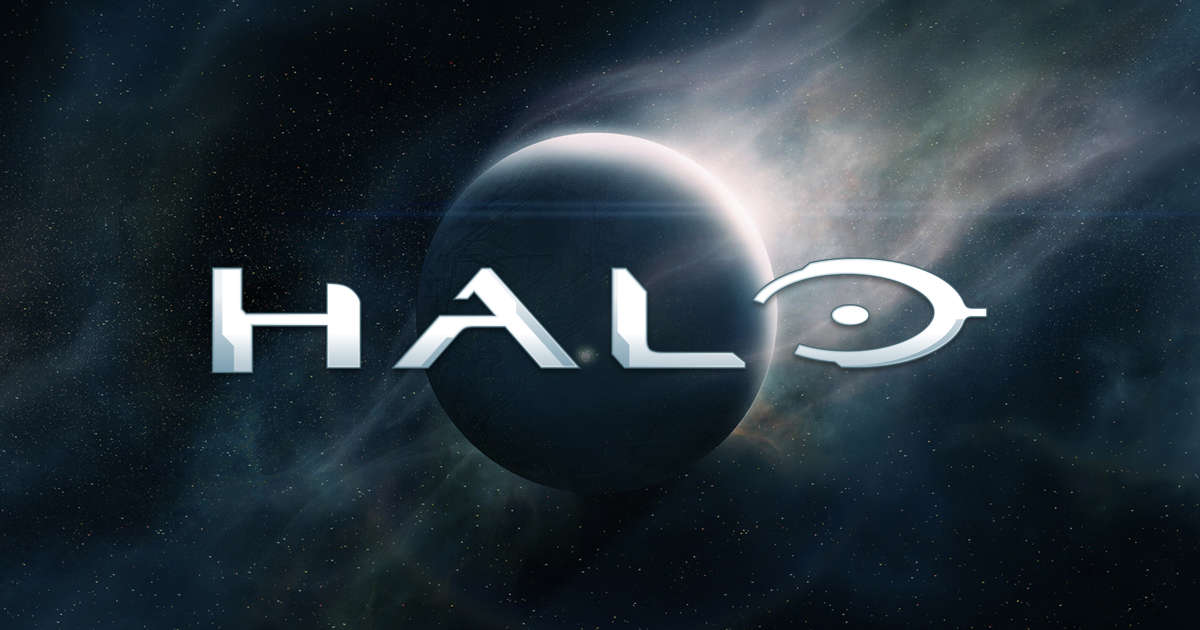 After more than a decade of being stuck in production hell and moving hands, it appears that Halo is finally hitting the silver screen! After being passed around from Peter Jackson, Neil Blomkamp and even Stephen Spielberg, we are finally seeing the hard work of Paramount+ happening.

“Halo” set to debut on Paramount+ in 2022. COVID-19 delayed the production that began in 2019, but it appears that production is nearing the finish line based on the trailer shown at the 2021 Game Awards.

It wouldn’t be “Halo” without the Master Chief, now would it? There is a vast wealth of lore that exists apart from the duo at the centre of many of the mainline “Halo” games, but if you were expecting the series’ first TV show to not follow the adventures of Cortana and Master Chief, we don’t know what to tell you. Master Chief is an icon that represents “Halo” worldwide and is instantly recognizable to gamers and pop culture aficionados outside of the franchise’s fandom.

According to GamesRadar, The Paramount+ series is going to focus on the war between the United Nations Space Command (UNSC) and the Covenant but will exist in a separate canon, known as the Silver Timeline. Kiki Wolfkill, an executive producer 343 Industries, explained that this was done as a way of “protecting core canon and protecting the television story” while allowing fans to explore aspects of Master Chief’s personality not seen in the video games.

Popular TV actor Pablo Schreiber is set to play Master Chief in the upcoming series. You might recognize Schreiber as prison guard George Mendez from “Orange Is the New Black,” as Mad Sweeney on Starz’s “American Gods,” or even as Nick Sobotka from the HBO prestige series “The Wire.” Entertainment Weekly has released early images that show Schreiber wearing the Master Chief armor, and he looks like he fits the role quite nicely.

Cortana is the lynchpin of Master Chief’s story and every single one of the “Halo” games where you play as the Chief is about her. Even “Halo Infinite,” which introduced a new AI companion, revolves around the relationship between Master Chief and Cortana. The AI hasn’t been shown in any of the images or early trailers, but she has been cast, and that casting is exciting.

Originally Cortana was set to be voiced and acted by Natascha McElhone, who is playing her creator, Dr. Halsey, in the show. However, IGN reports that COVID-19 related scheduling concerns forced her to back out from doing both roles. Instead, the Chief’s AI companion is being played by original Cortana voice actor Jen Taylor.

In the games, Taylor was the voice of both Cortana and Halsey. The actress has played the role since the beginning, appearing in almost every “Halo” game and spin-off, as well as “Forward Unto Dawn,” the live-action mini-series made concurrently to the release of “Halo 4.” Having the iconic voice of Cortana in the show will add authenticity to the series and its portrayal of these beloved characters.

Dr. Catherine Halsey is one of the most important characters in the “Halo” games and orchestrates many world-changing events. For instance, she is the creator of Cortana and the reason why the AI works with Master Chief at all.

Halsey was also the originator of the Spartan-II Program and the iconic MJOLNIR armor that Chief and the other Spartans wear throughout the “Halo” franchise. Cortana was designed in the spitting image of her creator, both in terms of her voice and personality, which is why Jen Taylor voices both roles in the games. Halsey was the one to discover John as a young man before he became the hulking man defined by his green suit. Of Halsey’s Spartan project, Master Chief was the one who survived longest.

In the upcoming Paramount+ show, we will see a younger version of Halsey than we’ve seen before in the games. She is going to be played by Natascha McElhone in the series, the actress who was originally set to play Cortana as well. McElhone is a veteran actress that has a lengthy list of movie credits that include notable roles in “The Truman Show” and Steven Soderbergh’s “Solaris.”

While he definitely kicks butt in the games he appears in, it is going to be a treat to see Keyes in his prime. British actor Danny Sapani is on board to play Keyes in the prequel series. Sapani is an accomplished TV and movie actor who has made appearances in blockbusters such as “Star Wars: The Last Jedi” and “Black Panther.” His TV credits include prominent roles in “Penny Dreadful” and the third season of “Killing Eve.”

Soren has not made an appearance in the game so far, because he is presumably missing in action. But this fan favourite failed Spartan appeared in one of the short stories “Pariah”. The only children who willingly joined Spartan-II programme, Soren-066 later found himself washed from the rest of his peers because his augmentations have failed.

Although the fate of Soren-066 in the short story “Pariah” is left on an open book and the actor who played him is certainly not a young children anymore, it is still a mystery what kind of role he will play in the Paramount+ adaptation of the story.

Following Captain Keyes’ death at the end of the first “Halo,” Miranda Keyes takes up as one of the most prominent commanders of the UNSC. She is introduced in “Halo 2” and instantly becomes a crucial player in the trilogy. She is revealed to be the daughter of Jacob Keyes and Dr. Halsey, with a childhood spent on the planet of Reach in the years before the fall. She is sent to live with Keyes at a young age and joins up with the UNSC, following in her father’s footsteps.

Miranda would be pretty young during the events of the Paramount show, set during the 26th-century Covenant war, so it is possible that the series will show her days coming up the ranks in the UNSC. Bringing her into the mix at a young age would definitely add a layer of depth and tension to Halsey and Keyes’s relationship that wasn’t present in the early games. The younger Keyes is set to be played by young actress Olive Gray.

While rarely seen in the games, Margaret Parangosky is an imposing figure in the “Halo” universe. Parangosky acts as the Commander-in-Chief of the Office of Naval Intelligence during the time period the Paramount+ series will use as its setting. She is mentioned in “Halo 3: ODST”, “Halo 4,” “Halo 5,” and in many of the novels. She is an essential character in the “Halo” lore, evidenced by her inclusion in the upcoming show’s first season. Over the years, Parangosky and Halsey were never on the same page, leading to disagreements and conflicts that are likely to arise in the show’s events.

Indian actress Shabana Azmi is cast to play Parangosky in the upcoming Paramount+ series. Azmi was a star of Hindi cinema and Bollywood in the 1970s and ’80s. In the early ’90s she began appearing in English language movies such as the 1993 film “Son of the Pink Panther,” but a majority of Azmi’s career has been in Indian movies.

The de-facto leader of The Covenant will also be in the series and might be involved in the secretive research The Covenant are doing with young humans that is pivotal to the plot. Prophet of Truth are known to be scheming figure within The Covenant ranks and also prone to lying and hiding secrets even from his fellow prophets, so it’s safe to assume whatever he is planning is hidden even from the higher echelons of The Covenant.

Prophet of Truth will be played by Karl Johnson, known for his secondary role in the Cornetto trilogy directed by Edgar Wright. 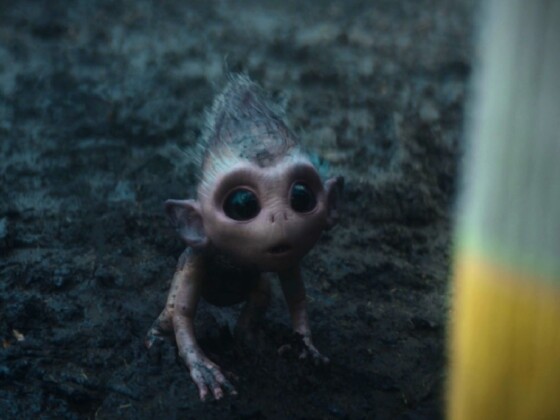 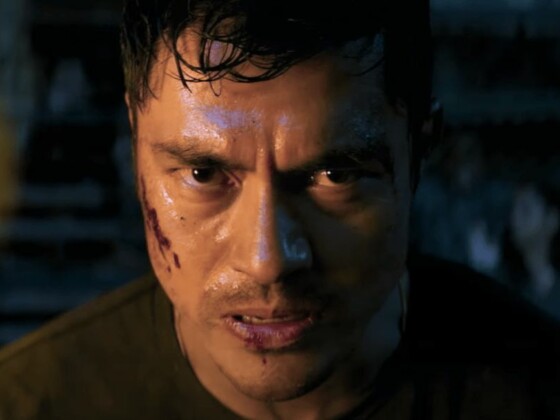 Nameless Season 1 – When It Will Be Released?