Will there ever be Drifters Season 2? When are we going to see it?

Drifters is one of the many medieval in the anime realm that has some fantasy elements. It falls under the action, adventure and genres. Not only that, but the show also contains comedic aspects that certainly will entertain the viewers.

As Drifters is a medieval anime, it mainly revolves around historical and interestingly, samurai themes. So if the word ‘samurai’ holds a special meaning in your dictionary, then Drifters should be your cup of tea.

The series Drifters started out as a Japanese manga series written and illustrated by Kouta Hirano. It has been serialized in Shōnen Gahosha’s seinen manga magazine Young King Ours since April 30, 2009.

The manga series has also been published in different languages such as in English by Dark Horse Comics since August 24, 2011; in Brazilian Portuguese by Nova Sampa since June 2014; in Spanish by Norma Editorial since April 14, 2011; and in Polish by J.P.Fantastica since June 2016.

At first, a 150-seconds anime short was released along with the final volume of the Hellsing Ultimate video series in December 2012. Later, in the May 2015 issue of Young King OURs, it was announced that the anime adaptation was in production.

The adaptation was animated by Hoods Entertainment as Hoods Drifters Studio, the studio best known for its anime releases such as The Qwaser of Stigmata, 3D Kanojo, and Mysterious Girlfriend X.

The anime series Drifters was first premiered on October 7, 2016, and ran for December 23 of the same year. It was followed by three ova episodes that act as a sequel. The first two episodes were released simultaneously on December 23, 2017, and the last one on November 30, 2018.

After the release of the third ova episode, many of the fans are craving a sequel to see the continuation of it. So, what is the renewal status of Drifters Season 2? When will the fans get to see a sequel?

As of now, we haven’t received any words from the author or the studio regarding Drifters Season 2. We don’t know whether Drifters will receive a season renewal or not, but luckily the show hasn’t been canceled either so there might be a chance of it returning.

Will Drifters Season 2 be possible?

Fortunately, Drifters Season 2 would likely be possible. The main reason is that the manga series is currently still up and running, with the 8th volume as its latest release as of now.

Most adaptations are made to promote the source, and if the source itself is currently still making sales, then producing a season renewal would likely be feasible, considering the amount of profit that both sides (author and studio) will be getting.

Not to mention, the anime series Drifters was well received by many of the audiences. It has received a great score of 7.91 in MyAnimeList and has successfully gathered around 470k members on the platform.

Last but not least, the studio has already hinted at the return of the anime series. At the end of the third ova episode, it is stated that the anime series will receive a continuation of the show. However, there is no information regarding it up until now. For now, we can only hope.

The most feasible reason why the anime series hasn’t been renewed yet is that the source material is currently not sufficient enough to go for another run. The first season has already adapted the first 45 chapters, and the ova episodes adapted several chapters beyond that. As the manga series currently has only around 79 chapters, we would have to wait for a while to see a sequel.

At the Battle of Sekigahara in 1600, Toyohisa Shimazu is the rearguard for his retreating troops and is critically wounded when he suddenly finds himself in a modern, gleaming white hallway. Faced with only a stoic man named Murasaki and hundreds of doors on both sides, Toyohisa is pulled into the nearest door and into a world completely unlike his own.

The strange land is populated by all manner of fantastical creatures, as well as warriors from different eras of Toyohisa’s world who were thought to be dead. Quickly befriending the infamous warlord Nobunaga Oda and the ancient archer Yoichi Suketaka Nasu, Toyohisa learns of the political unrest tearing through the continent. Furthermore, they have been summoned as “Drifters” to fight against the “Ends,” people who are responsible for the creation of the Orte Empire and are trying to annihilate the Drifters.

As the Ends grow more powerful, so does the Empire’s persecution of elves and other demihumans. It is up to Toyohisa and his group of unconventional heroes to battle in a brand-new world war to help the Empire’s subjects while protecting the land to claim for themselves and challenging the Ends. 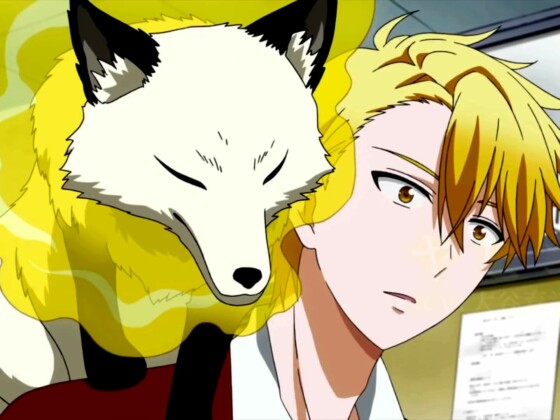 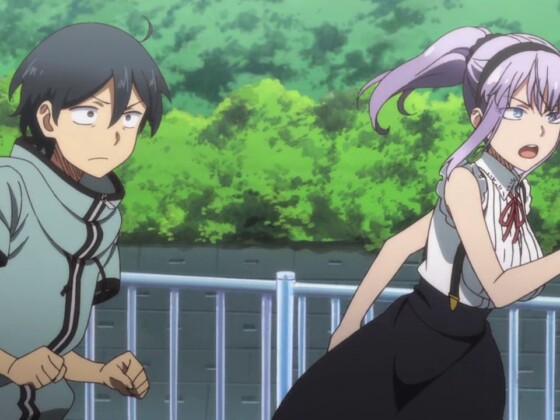