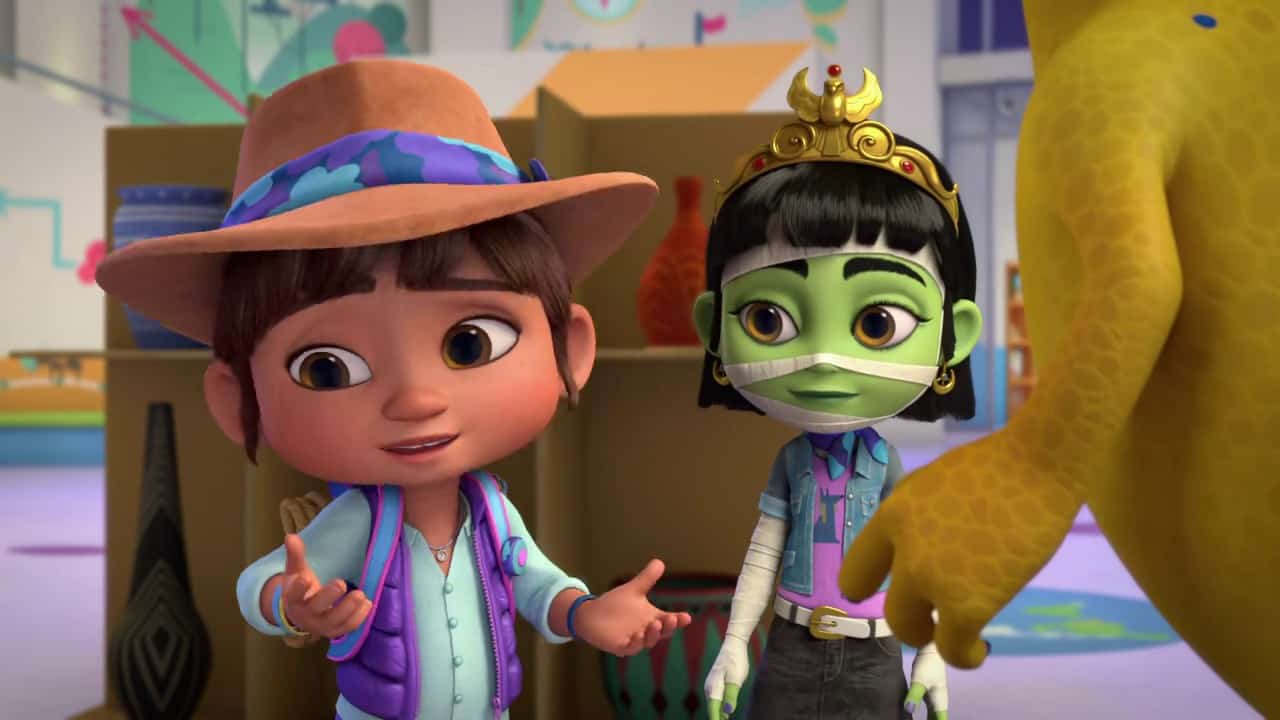 Created by Chris Nee, ‘Ridley Jones’ is an animated kids show about a fun-loving 6-year-old girl Ridley (Iara Nemirovsky) and her experiences inside a children’s museum, the exhibits of which come to life. Although she is wholeheartedly dedicated to becoming the museum’s protector, she needs support from her museum exhibit friends. As a result, a team called “Eyes” is formed.

Ever since its release on July 13, 2021, young audiences have taken a liking to Ridley’s idealistic but strong personality. The show has spawned three seasons, and fans are now anticipating more episodes. If you’re curious about its future, too, here is all that we know about a ‘Ridley Jones’ season 4!

Will there be Ridley Jones Season 4?

‘Ridley Jones’ season 3 premiered in its entirety on February 15, 2022, on Netflix. The third season has four episodes (eight segments) in total, with each one having a runtime of 27-28 minutes.

As far as the fourth season is concerned, here is all that we know. Its home platform Netflix has not confirmed its return, but we’re hopeful about getting another edition. Creator Chris Nee was stoked to be receiving relentless support from Netflix after they signed her up for a deal. Talking about it, Nee told Variety, “I was looking at the Shonda Rhimeses and the Ryan Murphys and wondering why somebody couldn’t take that active role of being both a creator and a producer and creating an internal sort of house in [kids] TV, and that’s very much what’s happening.”

Whenever Nee has an idea, Netflix enthusiastically takes it up, implying that the network truly believes in her vision. Ahead of its launch on the streaming platform, ‘Ridley Jones’ had accumulated more than a whopping 15.8 million views after it released on YouTube on June 8, 2021. While framing Ridley’s character, Nee focused on the action-adventure aspect of the series, which is something usually not associated with girl characters in the mainstream world of animated shows. Hence, she was keen on breaking gender stereotypes and presenting a hero’s journey for a young girl.

Due to her grand concepts and interesting ideas, Nee got the chance to create other shows on the platform, such as ‘Dino Daycare’ and ‘Antiracist Baby.’ Hence, it seems like Netflix is keen on promoting her vision, so we believe ‘Ridley Jones’ might be picked up for more episodes. If we consider its release pattern, the next round could possibly arrive soon. In all probability, we expect ‘Ridley Jones’ season 4 to release sometime in late 2022.

Who will be in Ridley Jones Season 4?

The voice cast of ‘Ridley Jones’ includes Iara Nemirovsky as Ridley Jones, a young girl who aspires to be the museum’s protector. Ezra Menas voices the character of Fred, a bison display model and Ridley’s friend, who identifies as non-binary. Tyler Shamy lends his voice to Dante, a parasaurolophus display model who loves to skate. Ashlyn Madden is the voice behind Ismat, a young mummy who is also in Ridley’s team.

Other main voice cast members include David Errigo Jr. (Dudley) and Laraine Newman (Peaches). If everything goes well, we can expect the return of all the aforementioned artists. Among supporting voice cast members, we expect the smooth comeback of Blythe Danner (Sylvia Jones) and Sutton Foster (Mama Jones and Mrs. Sanchez).

Like its previous seasons, season 3 follows Ridley and her model-display museum-exhibit friends as they experience fun as well as thrilling challenges together. Every once in a while, Ridley’s family members make appearances to lift her spirits and help her in overseeing the museum. Likewise, the potential fourth season will essay inspiring events that happen in Ridley’s life. It might also showcase how Ridley continues to serve as the protector of the museum to the best of her abilities. We can additionally expect to see her grow into an even better person and role model for children worldwide.