Roswell New Mexico Season 4 – Will it Invade Our Screen Once More?

So, as the series penultimate is getting close it’s no surprise a lot of people are trying to get ahead of the earth’s curvature to find out the latest information of Roswell New Mexico Season 4. Well fortunately you don’t need to be an alien in disguise to know that as we will tell you everything you need to know about Roswell New Mexico Season 4.

Will there be Roswell New Mexico Season 4?

Yes! Deadline reported that CW (Veronica Mars) has greenlit Roswell New Mexico Season 4 in February 2021, five months even before Season 3 started! This means that CW has full confidence in the shows continued popularity as it’s rare for CW shows to get renewed when the show was probably still in the middle of production.

And we don’t have to wait for long either! The cast and crew for Roswell New Mexico Season 4 have returned aptly, to New Mexico to begin filming in August 2021. The show production is expected to conclude in January 2022 so we should be seeing the show very early into the new year.

“As we embark on our fourth season, New Mexico has become a critical character of the show. We are fortunate to have a great local crew, stunning locations, and the support of the New Mexico Film Office.”, said the executive producer Chris Hollier when asked about the various locations that Roswell New Mexico Season 4 will be shot at.

Save to say, from all those locations we will see the story being expanded even further.

Who will be in Roswell New Mexico Season 4?

The main cast such as Jeanine Mason (Liz Ortechi), Nathan Parsons (Max Evans) and Michael Vlamis will return to the show as expected. But there will be newcomers to the show that enriches and add to the story even further.

The confirmed newcomers who will be a recurring mainstay of the show are Andrew Lees (The Originals’ Lucien Castle) and Zoe Cipres (Grown-ish’s Angela).

Andrew will portray Clyde, a thief robbing Roswell’s bank in an attempt to take back what’s rightfully his. He will be a recurring character throughout Roswell New Mexico Season 4 and have two episodes where the spotlight is shined under him.

As for Zoe, she will appear as Bonnie. Like Clyde, she will be appearing in a minimum of two episodes and she is the other half of the duo who target Rosewell’s banks. The aptly-named duo is hinted to have some links to Michael as they are also aliens who are struggling to find a sense of belonging on our Earth.

Although not officially announced, IMDb claims that Samantha Ashley will be recurring as Vanessa. She is best known for her appearance as Vanessa in the 2021 Chicago Fire episode, Dead of Winter.

Based on a young adult book series titled “Roswell High” by Melinda Metz, we can assume that Roswell New Mexico Season 4 will continue to adapt the book series while exploring the themes of immigration and “aliens” both literally and figuratively as those themes are currently relevant in the United States where the show is based on.

Except for literal aliens because those does not exist, well at least as far as we know.

From the hints given by the new cast, it seems like we will get some flair of heist drama into the mix as our main characters will have to play a game of cat and mouse with Bonny and Clyde, and all of them have to be discreet as to not blow their identity into the face of the public.

But that’s all an educated guess we can make as CW (The Originals) has not announced the official synopsis or any story trailer for Roswell New Mexico Season 4. We update this page as more information comes in.

Are you excited for Roswell New Mexico Season 4? Let us know in the comments and check out other The Awesome One articles for more awesome news of the shows you love! 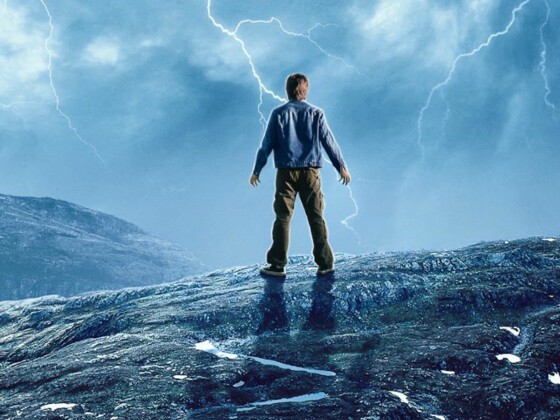 Them Season 2: Cancelled or Renewed?