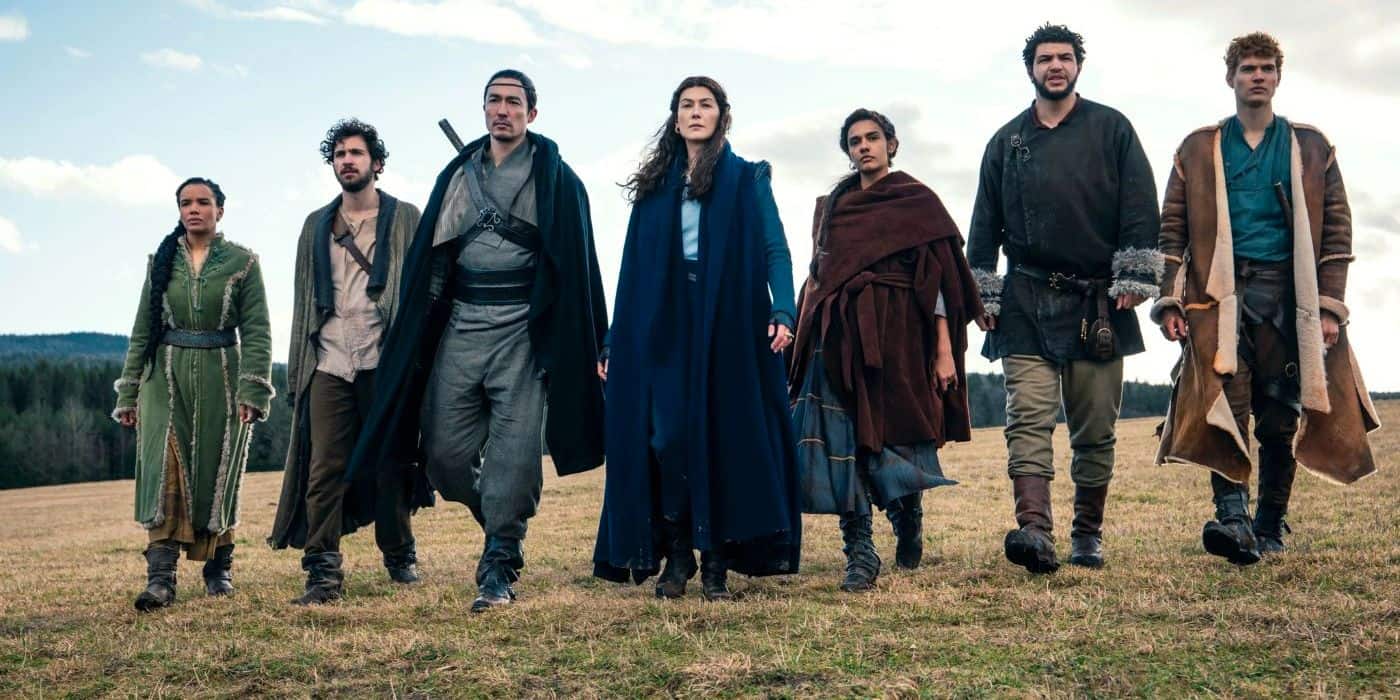 This epic medieval fantasy series based on a series of books by Robert Jordan has gathered a lot of fans in Amazon Prime who are begging for The Wheel of Time Season 2. Following the classic yet remarkable struggle between good and evil and the search for a legendary Dragon Reborn who can decide the outcome of the struggle, The Wheel of Time is poised to be the platform’s answer to HBO.

Critics and audiences alike love and appreciate the show for depicting an accessible yet faithful adaptation of the epic written by Robert Jordan, but an epic fantasy saga like this requires adaptations that can last long, so will The Wheel of Time continues towards a second season? Or is it an unfortunate end for the most expensive shows Amazon Prime has ever produced? Well, we will tell you everything you need to know about The Wheel of Time Season 2!

Will there be The Wheel of Time Season 2?

Yes! Soon after the filming on the first season of The Wheel of Time has been wrapped, it is reported that Amazon immediately order The Wheel of Time Season 2. This speaks to the level of confidence Amazon have in the show and the showrunner Rafe Judkins also share the same confidence. According to him, he and Amazons are hoping they can make eight seasons in total, with an additional film trilogy serving as a prequel.

In November 2021, Amazon announced that the filming for The Wheel of Time Season 2 was halfway complete, and if there’s no further setbacks the production will be wrapped by February 2022. Through an official release date has not been announced, that means we can expect The Wheel of Time Season 2 to round it’s way to Amazon Prime Video (Flack Season 3) late 2022 or later.

Who will be in The Wheel of Time Season 2?

Ceara Coveney, Natasha O’Keeffe, and Meera Syal have reportedly been cast as series regulars for season 2. Coveney will portray the popular character, Elayne Trakand, the Daughter-Heir of Andor. However, character details of the roles O’Keeffe and Syal will be playing remain undisclosed. As per reports, Dónal Finn has replaced Barney Harris for the role of Mat Cauthon. Apart from them, we can expect to see some more fresh faces in the cast lineup.

The Wheel of Time Season 2 Plot: What is it About?

Season 1 closes with the revelation that Rand is the Dragon Reborn. He and Moiraine subsequently enter the Eye of the World to confront the Dark One, who has taken on a human form and tries to convince Rand to join him. But the young Dragon Reborn decides not to do so and eventually banishes the figure of the Dark One. Moiraine, however, did not come out unscathed as she was attacked by the evil entity and lost her magical powers. Furthermore, she breaks her connection with Lan.

If we follow the events from the next book in the series, The Great Hunt, The Wheel of Time Season 2 will continue the adventures and show us a very different version of Moiraine.

Additionally, we will see the magical powers of the five youths will continue to evolve in The Wheel of Time Season 2. Based on the title of the first episode that has been announced, ‘A Taste of Solitude.’ It could be referring to Rand’s solo journey, which results from him deciding to part ways with the rest of his friends from Two Rivers. Of course, we will also get to see more of the vast landscape of the world within The Wheel of Time and even more from the books. According to Judkins, the upcoming installment will expand the world even further.