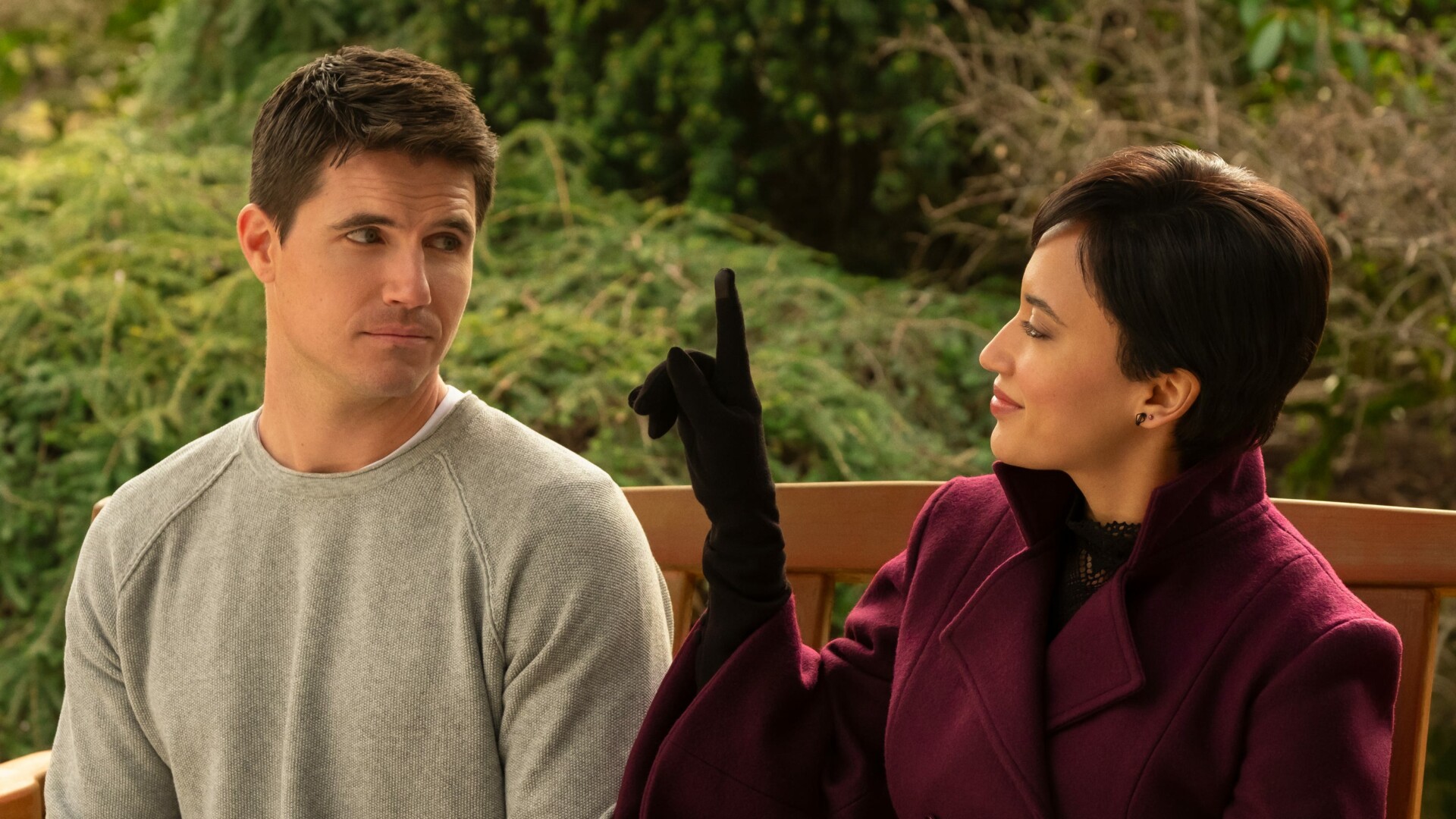 Amazon Prime’s ‘Upload‘ blends mystery with near-future comedic sci-fi and comes up with a quirky, if scarily realistic, potential future world. The show follows Nathan, a recently deceased young man who finds himself in a plush afterlife simulation for rich people. Even as our hero grapples with his domineering girlfriend (who holds the purse strings of his very pricey “heaven”) and his infatuation with customer service rep Nora, bigger mysteries come into play. It soon becomes clear that Nathan was murdered.

Originally released on May 1, 2020, show creator Greg Daniels’ series has garnered praise for its poignant, strangely realistic critique of capitalist greed. The hilariously audacious plot and entertaining cast have also helped the series become a fan favorite. With season 2 ending on a nerve-wracking cliffhanger, we’re all hungry more! So, let’s take a look at what we know about ‘Upload’ season 3.

Will there be Upload Season 3?

‘Upload’ season 2 premiered on March 11, 2022, on Amazon Prime Video. All seven episodes of the second season released simultaneously, each with a runtime of 27-39 minutes.

As far as season 3 is concerned, there have been no official announcements as to it being greenlit. But it seems like it is only a matter of time as Greg Daniels – in an interview in February 2022 – confirmed that writing on season 3 has already begun! Thus, fans can (cautiously) rejoice because if all goes well, we’ll be getting to see another season of our favorite dead and living characters.

However, do not expect to see the potential but likely season 3 anytime soon because all those entertaining special effects take quite a bit of time to get right. Daniels, who is also the co-creator of ‘Space Force‘ with Steve Carell, confirmed as much, saying that the special effects in ‘Upload’ make for a lengthy post-production process.

Though the wait will probably not be as long as the almost two-year gap between season 1 and season 2, fans will still need to be patient. All things considered, we expect to see the potential Upload Season 3 in early 2023

Who will be Upload Season 3?

What’s the story for Upload Season 3?

Season 2 ends with Nathan being successfully “Downloaded” into his body, which is regenerated by a hopeful Ingrid. However, our hero picks Nora, leaving the vengeful ex-girlfriend plotting revenge by finding one of Nathan’s hairs from an old hairbrush and saying that she will get what she wants. Meanwhile, Nora and Nathan finally get some romantic alone time on their way to stop the insidious Freeyond program, which is targeted at the economically weak.

Unbeknownst to the people signing up (including Nathan’s mother, Viv), Freeyond is a ploy to disenfranchise the poor by making them unable to vote, thus affecting election results in swing states. Season 2 ends on an ominous note with Nathan discovering a nosebleed, the first symptom of a Download whose head is about to fatally explode.

We expect the potential Upload season 3 to pick up right where the sophomore season ends. Thus, things could open with Nathan’s head gruesomely exploding and then follow Nora as she tries to bring Nathan back by somehow restoring his consciousness (possibly from a backup file at the Horizen offices). The season 2 mission to stop Freeyond will also likely continue, especially with Viv becoming a possible victim. Finally, we can expect to see Ingrid put her revenge plan into action, likely with some highly entertaining outcomes.