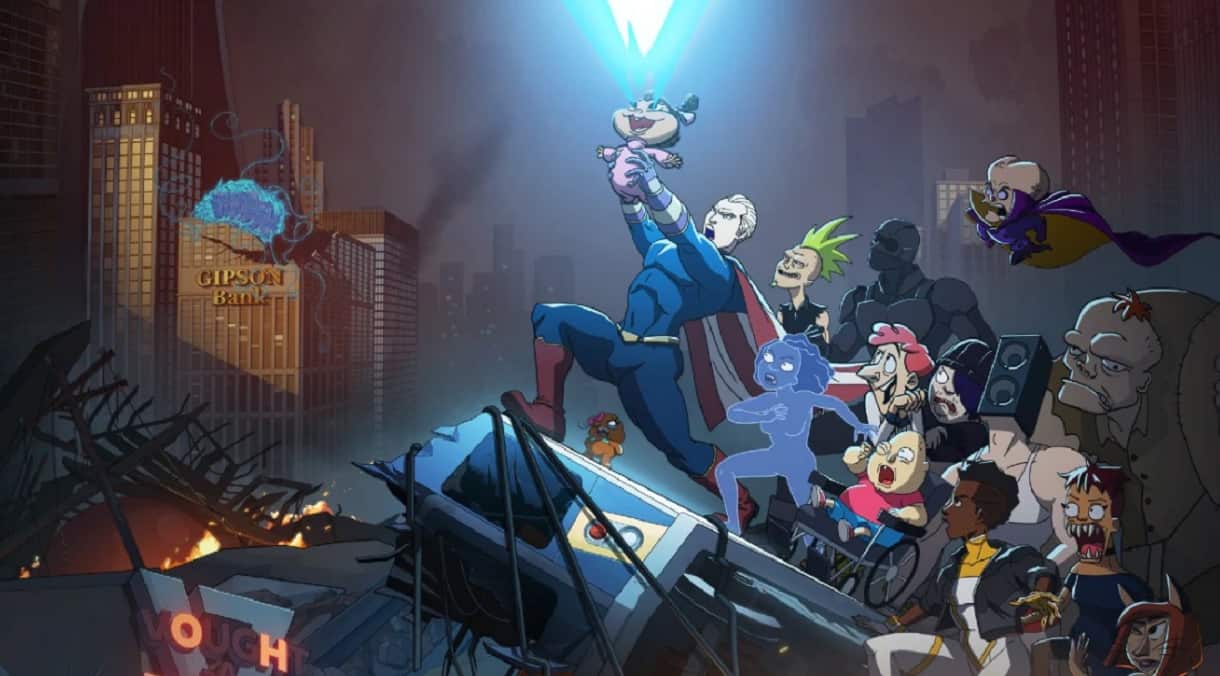 The animated TV series spin-off of The Boys, now Amazon Prime Video will come up with a gory adult superhero animated TV show with the title The Boys Presents: Diabolical.

Based on the comic book with the same title by Garth Ennis and Darick Robertson, The Boys is an American superhero TV series which is developed by Eric Kripke. It was first premiered on July 26, 2019, on Amazon Prime Video. The second season followed, released on September 4, 2020. In total, The Boys consist of 16 episodes, with the duration of around 55 to 68 minutes each episode.

The Boys revolve around a universe in which people with superpowers are working for the corporation Vought International, which earns money from them. These superheroes are divided into two teams: The Seven (Vought’s main superhero team) and the Boys who want to bring down Vought. While the Seven are led by Homelander, the Boys are led by Billy Butcher.

The Boys has received a fantastic feedback from critics and its audiences. IMDB gives it 8.7 out of 10 scores, while Rotten Tomatoes gives it 91% critics’ review and 84% average audience score.

No wonder with that kind of success, this TV series has been renewed for the third season, with two spin-offs coming up, including The Boys Presents: Diabolical.

After almost two years, Eric Kripke will bring back the spin-off of The Boys, and serve as the executive producer and the showrunner. It will also be co-produced by Seth Rogen, Evan Goldberg, and the writer of the comic book himself Garth Ennis.

The Boys Presents: Diabolical will be animated by Titmouse. And what is so special about this upcoming TV series is that each episode will feature its own animation style, which is very exciting!

This TV show is planned to consist of 8 episodes, with the duration of around 12 to 14 minutes each episode. In total, it will have 112 minutes duration.

So when will fans be able to see The Boys Presents: Diabolical? Who are the voice cast and has the trailer been out? Read more to find out!

It has been officially announced thatThe Boys Presents: Diabolical will be premiered on March 4, 2022, exclusively on Amazon Prime Video (The Marvelous Mrs. Maisel Season 5). That means The Boys’ die-hard fans only need to count down the days to be able to see it, as they are waiting eagerly for The Boys season 3.

Not only The Boys Presents: Diabolical and The Boys season 3, another spin-off TV series is also coming up.

From the trailer, we can guess that The Boys Presents: Diabolical will consist of anthology episodes with loosely connected stories of either existing or new characters. Some titles of the episode in the upcoming TV series include “Laser Baby’s Day Out” and “An Animated Short Where Pissed-Off Supes Kill Their Parents”.

From the trailer, we can see that each episode will feature different kind of animation style, but all of them will full of gory, funny, and shocking scenes.

See the trailer for yourself, check it down below.

The Boys Presents: Diabolical will be full of big and famous names—either new cast or the original cast from The Boys.