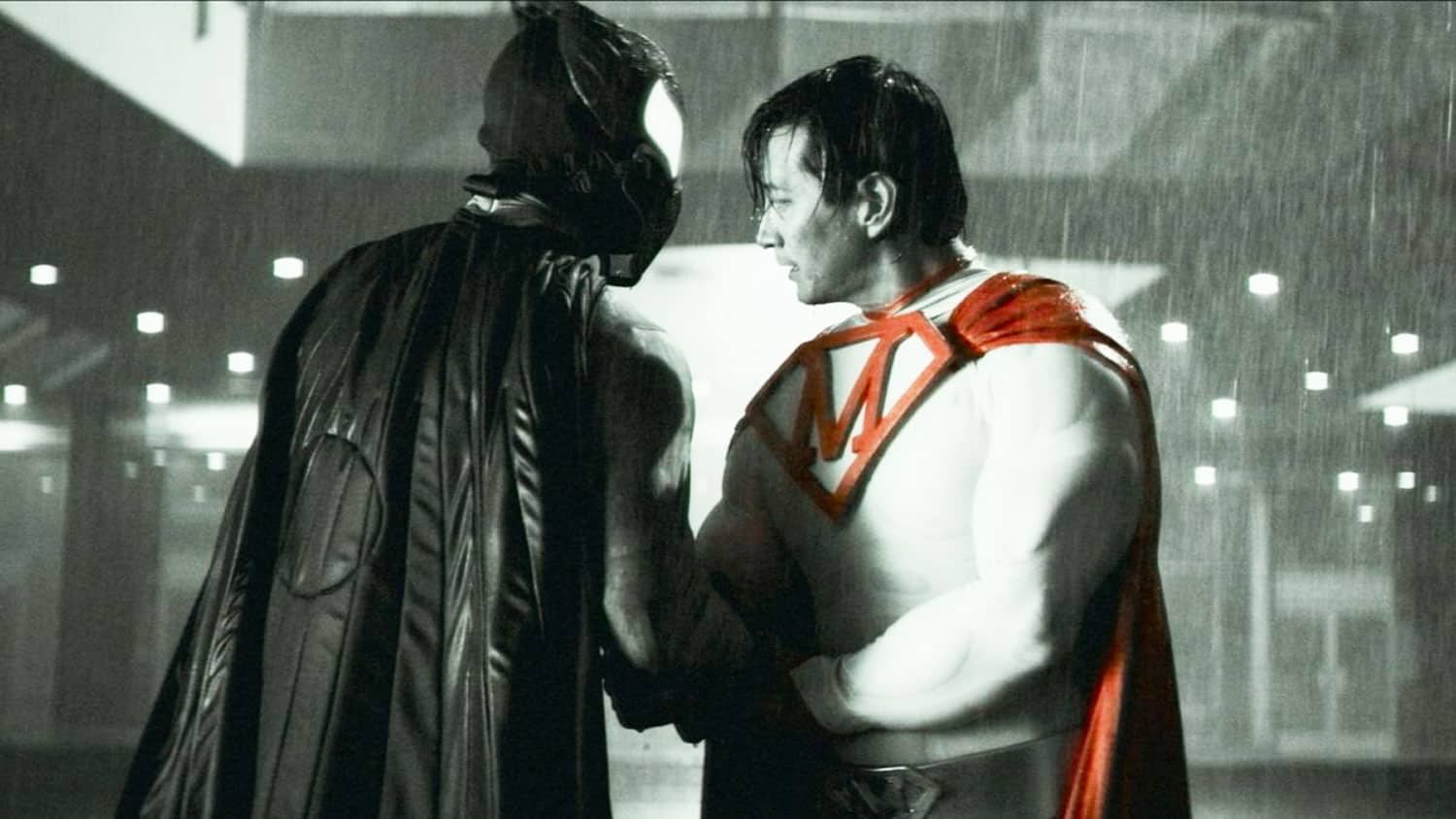 Created by Adi Shankar and set in his “Bootleg Universe”, ‘The Guardians of Justice‘ is a fun and ambitious superhero series that packs retro video game sequences, comic-like dynamics, anti-hero Batman-spoof, and 8-bit fun to captivate the audience. Will The Guardians of Justice season 2 renewed? Let’s check it out!

The story begins with the self-destruction of the alien superhero Marvelous Man, which sets the guards on a path to discovery. With Knight Hawk at the helm, the heroes face terrifying secrets, both in the outside world and within themselves.

The pace is brilliant, the storytelling is quirky, and the mix of live-action and retro animation adds to the series’ eccentric charm. Fans are wondering if a second season is underway after the suspenseful finale. If that thought crossed your mind too, let’s investigate it further.

‘The Guardians of Justice’ season 1 premieres in its entirety on March 1, 2022, on Netflix. The first season packed seven episodes with runtimes ranging from 21 to 36 minutes per episode.

Now let’s delve deeper to find out if a second season is a possibility. We think a second season is not impossible. While it may take Netflix a few months before releasing comprehensive audience data, the initial reaction has shown a lot of hope. Audiences seem to love the kitsch charm and quirky animation, which might give Netflix some incentive to continue the next season.

Plus, the open ending of the premiere season keeps fans looking forward to a possible second season. If the season is renewed in June 2022, we might expect it to be possible for ‘The Guardians of Justice’ season 2 to premiere sometime in Summer 2023 or later.

Almost all of the central cast whose characters remained alive at the end of the first season could return to their roles in a possible second season. Dallas Page may reappear as Atticus Payne/Knight Hawk, alongside Jane Seymour as the Golden Goddess and Derek Mears as the Extraordinary Human. Those also likely to return to their supporting roles are Christopher Judge (President Nukem), Denise Richards (Laura Louis, wife of Marvelous Man), and Andy Milonakis (Phil Hart). We may also meet many new faces, but let’s not get ahead of ourselves.

The first season ended with a drastic reveal. After Mind Master’s revelation of Marvelous Man’s death, Atticus Payne became the official head of the Guardian. He builds a personal army, hoping to combat the galactic giant Galacron, which is devouring the planet Caltron, the home planet of the Extraordinary Humans. However, when Speed ​​questioned Knight Hawk’s authority, he had to silence him.

With a bewildering reveal, Little Wing’s form changed to that of an Extraordinary Human. Following Knight Hawk’s orders, Awesome Man continued to lower Speed ​​from the board. After Speed’s death, Knight Hawk directed Awesome Man to build a statue to commemorate him. While Knight Hawk lives in Galacron’s constant paranoia, the world avoids the fourth world war. However, Speed’s memories continue to haunt Knight Hawk.

It’s likely that a second season could pick up from the wake of the gruesome and gritty ending of the first season. Viewers wonder if Galacron will visit planet Earth any time soon. This one and only question can be answered  in a possible second season. We’ll also probably see if the creators create a new generation of superheroes to fight the anti-hero Knight Hawk and his army.

Although the heroes avoided Anubis’ threat this season, they might reappear in a potential second season. Also, it’s possible that the second season could give us an update on the Guardians who stayed alive at the end of the first season – the Golden Goddess, the Extraordinary Human and others. Awesome Man seems pretty docile for now. But will he build animosity with Knight Hawk later when he remembers Speed’s death? The second season will have a lot to explore if anything.

The Guardians of Justice Season 2 Trailer

Unfortunately, until now Netflix has not released or reported any information regarding The Guardians of Justice Season 2. for readers who have not followed this series, we have provided a trailer from the previous season here. Enjoy!