Spooky season is here again, and so is our tingling to get spooked. Scary and horror themed items sell best this time of the year and people look forward to bringing out the devil in them in the most entertaining and innovative way possible.

Apart from JackOLanterns, a hellish amount of candy and costume parties, horror movies add that extra spookiness which we weirdly tend to relish during Halloween.

More often than not, Halloween costumes are inspired by characters from horror movies. The holiday keeps the legacy of villains alive by giving fans a chance to dress up in the most gruesome way possible. And even if not for costumes, horror movies have a different aura about itself when viewed during Halloween. Although watching horror flicks alone is the best way to get the spooks, viewing with a group is fun too.

To aid you in picking a movie, we have listed 37 Horror movies which are currently available on Netflix.

Caution- This is not a ranked list, it is simply a suggestive take to help you pick a movie while you make sure one more time that the doors are locked.

37 Horror Movies To Watch on Netflix

The Lutz family move into their new home, and bizarre and unexplainable events happen shortly. Their happiness is short lived when they realise the gory past of the house.

An unwary single mother and her children are pursued by a dark entity in 1970s Los Angeles. Their only ray of hope is a disillusioned priest who tries to help them.

When a young girl comes across a mysterious box in a yard sale, she asks her father to buy it for her. She soon becomes obsessed with it, and results in her possession by an evil spirit.

A teenage girl and her friends hold a seance using an Ouija Board during a Solar Eclipse. But she later comes to know that an evil entity has inhabited her house.

Shortly after moving into their new home at Rhode Island, the Perron family experience horrifying events. They call in noted demonologists Ed and Lorraine Warren to investigate, which reveals disturbing tales.

When a demonic possession inhabits her house in London, a single mother enlists the help of demonologists Ed and Lorraine Warren.

When a beautiful and rare doll called Annabelle is purchased, John and Mia Form experience paranormal events at their house.

A possessed doll is kept at a haunted house. When the house is opened to a nun and a group of orphan girls, one of them finds the doll, which unleashes unforeseen events.

An unsuspecting mother and her children move into their new home. When strange events start to happen, she comes to know that her house was the site of a mass murder. She also believes her brother to be possessed.

Following the death of her mother, a woman and other members of the Graham family learn terrifying secrets of their lineage. They then have to fight forces beyond their control.

A true crime writer who is desperate for a hit novel encounters a series of videotapes depicting brutal murders at a house he bought. Although he tries to solve the mystery, he soon realises the presence of supernatural forces.

Visitors coming to a haunted hospital to communicate with their relatives’ spirit are haunted by disturbing occurrences.

A woman moves from Mexico to a boarding house in Cleveland. She soon experiences strange visions.

Four friends reunite after the death of one of their pals. They decide to go on a hiking trip along the Scandinavian wilderness, but strange occurrences begin and they get followed by a sinister being.

A family on vacation is attacked by a group in red. They soon realise that the group in red are their own doppelgangers.

A couple moves to a new home to live a small town life. As days pass, strange occurrences happen and sinister secrets of their home and husband are laid bare.

The Lambert family relocates to the husband’s childhood home to recover from their son’s trauma. But the husband soon realises that he has to confront his own horrifying experiences of his childhood.

A young girl reaches out to a psychic Elise Rainier to communicate with her deceased mother. But she unwittingly releases a spirit which possesses the girl and hurts her.

Psychic Elise Rainier returns to her home in New Mexico while still being haunted by old memories. There she faces the demons which are terrorising the people.

Three friends travelling in Europe, unwittingly accept the invitation of a stranger to stay at a hotel. But they encounter terrifying situations once they enter.

While attending a bachelor party in Las Vegas, four friends follow the leads of two female escorts to a private party. Once they reach, they become part of a hellish torture situation

A couple move into their new house while in pursuit of saving their marriage. They soon experience troubled events and come to realise the history of the house.

A teenager and his mother move into a vacant vacation home, where they encounter threatening forces.

When a reporter visits her birthplace to investigate sorcery, she is kidnapped by the locals who believes that she is demonically possessed.

In the town of Shadyside, certain horrifying events which go back to centuries have to be investigated and cleared.

A deaf writer tries to live a solitary life in the woods. But she encounters an uninvited masked intruder.

A teenager who is kept in isolation is suspecting of her mother’s motives and decides to investigate, which leads her to dark secrets.

Jamie Ashen returns to his hometown to investigate the gruesome death of his wife. There he discovers the eerie legend of a murdered ventriloquist whose presence still haunts the town, and fights against a curse which killed his wife.

When a father tries to renovate a house, he discovers some dark secrets behind it.

An inexperienced priest teams up with a seasoned exorcist to learn the process of relieving people of spirits. But they soon discover their own devils as the lines between good and evil start blurring.

A family experiences strange occurrences at their new house. Two brothers, along with their new friends, set out to investigate the events.

When Alicia returns to her childhood home to help her sister, she faces a dark force which threatens to hurt her child.

A woman travels to Italy to meet her fiance’s mother. There she encounters a mysterious curse which threatens to harm her daughter.

Siblings Tim and Kaylie tries to recover and get to the bottom of the deaths of their parents, who died more than a decade ago.

A retired priest is begged by a friend to help his possessed daughter. In his attempt at exorcism, the priest’s sins are unfurled and catch up with him.

When his son dies in strange circumstances at their new house, a father hears a ghostly plea for help. This results in him seeking out help from a paranormal expert. 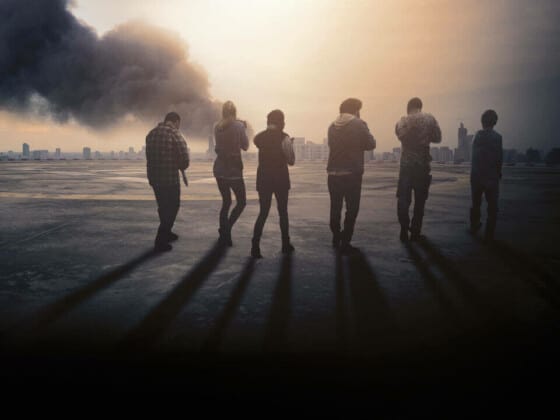